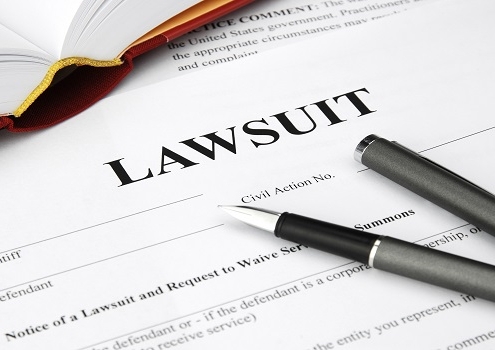 Four drugmakers, Johnson & Johnson, Endo International, AbbVie’s Allergan unit and Teva Pharmaceutical will head to court this morning in California over claims the companies engaged in deceptive marketing practices that fueled the opioid crisis in America.

The governments of several large California counties and one city filed the lawsuit against the four companies, Reuters reported. Santa Clara, Los Angeles and Orange counties and the city of Oakland are all seeking reparations to cover the costs of treating opioid-addicted people in their counties. The plaintiffs in the case will argue the companies downplayed the addictive nature of opioids and intend to seek more than $50 billion in damages from the companies.

The charges against the opioid makers is part of a string of thousands of lawsuits filed by state and local governments that have grappled with the issues caused by opioid overdoses, including responses from law enforcement, first responders and the medical system. There are still more than 3,400 such lawsuits pending across the United States, Reuters reported. More cases are expected to go to trial in the coming months. Many of the cases were delayed due to the ongoing COVID-19 pandemic.

The case will be held in Orange County. The case will be heard without a jury and will take place over a virtual platform in order to comply with COVID-19 protocols, Courtroom View Network (CVN) reported. The trial will be broadcast to the general public over the CVN platform on a 30-minutes delay.

In 2019, Johnson & Johnson was pegged with a $527 million verdict for the marketing of its opioid medications in the state of Oklahoma. Oklahoma has argued that the aggressive marketing tactics of J&J and the other companies, contributed to an avalanche of opioid prescriptions in the state. Over a 10-year period, from 2007 to 2017, Oklahoma Attorney General Mike Hunter said opioid overdoses killed 4,653 people in the state. Hunter specifically called out two former J&J subsidiaries, Noramco and Tasmanian Alkaloids, which produced a significant amount of the raw opium used by J&J and other companies in the manufacture of the opioid drugs. J&J is appealing the ruling. J&J said the ruling disregards the company’s compliance with state and federal laws, as well as the unique role that its pain treatments have played in helping patients suffering from acute and chronic pain. 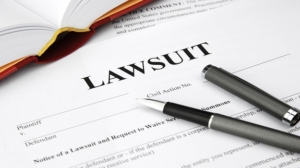 J&J wasn’t the only company that Oklahoma nailed for financial reparations. Purdue Pharma, which has since declared bankruptcy, paid $270 million to Oklahoma, and Israel-based Teva paid $85 million. In January 2020, Endo settled for $8.75 million. Purdue ultimately reached a combined $8.4 billion criminal and civil settlement with the U.S. Department of Justice for its role in aggressively marketing OxyContin. Purdue filed for Chapter 11 bankruptcy in September 2019 after reaching a tentative $12 billion settlement agreement with various state governments to settle the company’s involvement in the opioid health care crisis.

In addition to the company’s alleged role in the opioid crisis, Johnson & Johnson is also facing litigation for its talc-based products. The company is facing allegations that its widely-used talcum powder products has traces of asbestos, which contributes to ovarian cancer. J&J is facing more than 25,000 claims alleging that its talc products caused ovarian cancer or mesothelioma because of asbestos contamination. The number of talcum powder lawsuits have grown significantly over the past several years. In a February filing with the U.S. Securities and Exchange Commission, J&J said it set aside $3.9 billion in litigation expenses for this issue.