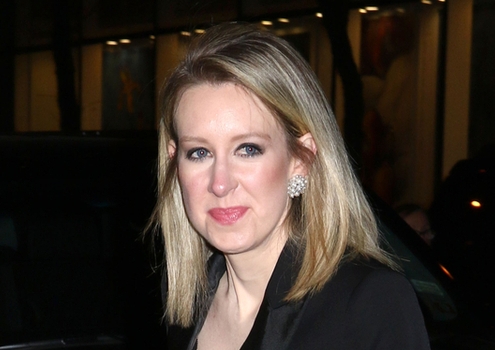 Things are looking a little bit rosier for Elizabeth Holmes and the criminal charges against her after a federal judge dismissed some of the charges she is facing.

On Tuesday, a federal judge ruled that federal prosecutors cannot pursue charges that claim Holmes and her Theranos partner Sunny Balwani defrauded doctors and customers who did not pay for blood tests. The judge ruled that the testing conducted by Theranos was paid for by insurance companies, therefore the patients themselves were not deprived of any money or property, Reuters reported this morning.

In his ruling, U.S. District Judge Edward Davila said the federal indictment “fails to connect a specific intent to defraud” when it comes to both the doctors and patients, Bloomberg noted in its coverage. While those charges were dismissed, the judge refused to dismiss the wire fraud charges against Holmes and Balwani, which are more serious charges. The prosecution is also free to pursue charges that the Theranos duo fooled patients into relying on the company’s blood-testing technology that they knew was faulty. Many of those patients made medical decisions based on those faulty tests. The faulty tests were the beginning of the end for the California startup that was once valued at $9 billion. In May of 2016, Theranos voided two-years-worth of blood test results sent to doctors and customers due to inaccurate results. That sparked numerous lawsuits from patients who made medical decisions based on that voided data.

Attorneys for Holmes and Balwani have been pushing to dismiss many of the government’s complaints, including blocking patient claims of fraud. The Theranos legal team argued that the prosecution’s claims were not clear and they also could not point to any harm done to patients by the inaccurate tests, Bloomberg noted. While some of those charges have now been whittled down, the others remain and are set to be heard in August.

Holmes is facing criminal charges alongside Theranos’ former president and her former boyfriend, Ramesh “Sunny” Balwani. The two have been charged with multiple counts of fraud. From 2013 to 2015 Holmes and Balwani raised more than $700 million from investors through what the U.S. Securities and Exchange Commission called “years-long fraud” in which they exaggerated or lied about the efficacy of the company’s proprietary technology and the state of its finances, according to the complaint.

According to the indictment, Holmes and Balwani used advertisements and solicitations to encourage and induce doctors and patients to use Theranos’ blood testing laboratory services, despite the fact that Holmes and Balwani knew the company’s proprietary device was “not capable of consistently producing accurate and reliable results for certain blood tests,” the government said. If convicted Holmes and Balwani face a maximum sentence of 20 years in prison, and a fine of $250,000, plus restitution, for each count of wire fraud and for each conspiracy count.

Following the filing of fraud charges against Holmes, the company closed its doors in 2018.

In addition to the criminal charges, Holmes was also charged with fraud by the U.S. Securities and Exchange Commission.