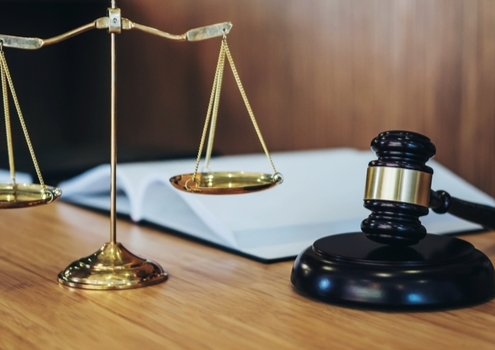 Catalyst Pharmaceuticals is reeling this morning after a federal judge dismissed the company’s lawsuit against the U.S. Food and Drug Administration (FDA) regarding the approval of a rival drug for a rare autoimmune disease from New Jersey-based Jacobus Pharmaceutical.

In June 2019, Florida-based Catalyst Pharmaceutical filed a lawsuit against the U.S. FDA over the regulatory agency’s decision to approve a rival treatment from Jacobus for Lambert-Eaton Myasthenic Syndrome (LEMS). In 2018, Catalyst won approval for Firdapse (amifampridine), the first-ever approved treatment for LEMS. The drug was given Orphan Drug status, which grants it some exclusivity. However, in May of 2019, Jacobus snagged regulatory approval of Ruzurgi, a treatment for pediatric patients with LEMS. That’s when Catalyst filed a lawsuit against the FDA challenging that decision.

LEMS is an autoimmune disorder that affects the connection between nerves and muscles and causes weakness and other symptoms in affected patients. LEMS affects approximately one in 100,000 people in the United States and about 3 million people globally. In LEMS, the body’s immune system attacks the connection between cells and muscles. The most common symptoms of the autoimmune disorder are proximal muscle weakness and fatigue. Symptoms can be life-threatening when the weakness involves respiratory muscles. Approximately 50% of LEMS patients have an underlying malignancy.

When the FDA approved Ruzurgi, the agency said the use of the drug was supported by evidence from well-controlled studies of the drug in adult LEMS patients. That suggests that doctors treating adults with LEMS could opt to prescribe Ruzurgi over Catalyst’s Firdapse. The lawsuit alleged the approval of Ruzurgi for pediatric patients “violated multiple provisions of FDA regulations regarding labeling.”

However, on Tuesday Catalyst announced the federal judge upheld a previous rule from a Magistrate Judge, granted summary judgment in favor of the FDA and Jacobus and dismissed Catalyst’s case. According to Catalyst’s statement, the judge said the strict interpretation of the Orphan Drug Act used by Catalyst is not necessarily wrong, but was “not the only reasonable way to interpret the plain language of the statute.” The judge said the language was ambiguous and, as a result, adopted the FDA’s interpretation. The judge also rejected Catalyst’s argument that the labeling for Ruzurgi was false and misleading.

Patrick J. McEnany, chairman and chief executive officer of Catalyst, said the company is disappointed with the decision, but noted that it will not affect the Catalyst Pathways patient service program, or market access for Firdapse to adult LEMS patients, which he said represents about 99% of LEMS patients.

“Judge Bloom’s decision also does not alter the fact that Jacobus Pharmaceuticals is not permitted to market Ruzurgi to adult LEMS patients in the United States, and Catalyst intends to continue to aggressively take all steps necessary to protect Firdapse’s exclusivity under the Orphan Drug Act,” McEnany said in a statement.

Catalyst is currently reviewing the District Judge’s decision, which it believes to be erroneous, and intends to appeal the result to the Eleventh Circuit Court of Appeals.

When Firdapse was first approved, Catalyst set a list price of $375,000 for the treatment. That prompted U.S. Sen. Bernie Sanders, an outspoken critic of high drug prices, accused Catalyst of price gouging, particularly since the family-owned Jacobus Pharmaceutical had been giving away treatments to 200 LEMS patients.

Fishawack Health reorganizes as global commercialization partner for a postpandemic...
Scroll to top