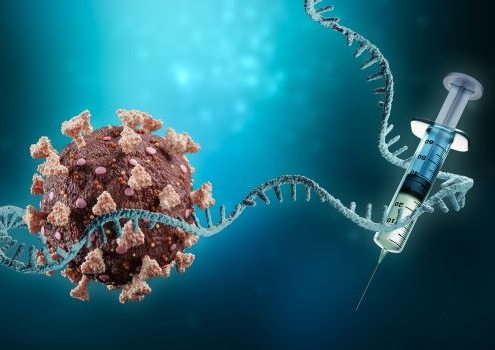 Immunology is one of the more complicated areas of the life sciences, and recent studies on the long-term efficacy of the mRNA vaccines against COVID-19 are prime examples of just how complicated it can be. Here’s a look at those stories and more COVID-19 news.

Italy’s National Health Institute reported that efficacy remained stable seven months after the second mRNA COVID-19 vaccine. They evaluated data up to August 29 from more than 29 million people who had received two doses of either the Pfizer–BioNTech or Moderna vaccines. They found that effectiveness against infection after seven months was still 89% in the general population and at six months 96% against hospitalization, and 99% against death. This is markedly different from a study run by Pfizer and published on October 4 in the journal The Lancet. In that study, the Pfizer-BioNTech vaccine infection prevention levels dropped from 88% to 47% six months after the second dose.

The Italian study did find that people who were immunocompromised had their protection drop against infection from 28 days after the second jab, with it varying significantly depending on which diseases caused the weakened immune system. In people with comorbidities but who were not necessarily immunocompromised, their research found protection from infection dropped from 75% 28 days after the second shot to 52% after approximately seven months.

In seeming contrast to the Italian study, two real-world studies published in the New England Journal of Medicine, found that immunity from infection from the Pfizer-BioNTech vaccine dropped quickly after two shots. One study was out of Israel and the other out of Qatar. The Israeli study analyzed 4,800 health care workers and demonstrated that antibody levels decreased quickly “especially among men, among persons 65 years of age or older, and among persons with immunosuppression.”

The study from Qatar evaluated actual infections in the country’s population. Like Israel, they were primarily vaccinated with the Pfizer-BioNTech vaccine, BNT162b2.

“BNT162b2-induced protection against infection builds rapidly after the first dose, peaks in the first month after the second dose, and then gradually wanes in subsequent months,” Laith Abu-Raddad of Weill Cornell Medicine-Qatar and colleagues wrote. “The waning appears to accelerate after the fourth month, to reach a low level of approximately 20% in subsequent months.”

However, protection against hospitalization and death stayed above 90%. They also speculated that the drop in protection might revolve around behavior, that vaccinated people may have a higher rate of social contact than unvaccinated people and may take fewer social distancing measures.

Pfizer and BioNTech submitted data to the U.S. Food and Drug Administration for their COVID-19 vaccine for children ages 5 to 11. If authorized, it would be the first for that age group. It is currently fully approved for people ages 16 and older and has an Emergency Use Authorization (EUA) for people 12 to 15. In a Phase II/III trial, the COVID-19 vaccine was effective and safe in the 5-11 age group and included 2,268 participants. It used a 10-microgram dose compared to the 30-microgram quantity in the older populations.

A Formal Definition of Long COVID

The World Health Organization (WHO) published a definition of long COVID, referring to it as “post COVID-19 condition.”

The publication indicated, “Post COVID-19 condition occurs in individuals with a history of probable or confirmed SARS-COV-2 infection, usually three months from the onset of COVID-19 with symptoms that last for at least two months and cannot be explained by an alternative diagnosis.”

They went on to say, “Common symptoms include fatigue, shortness of breath, cognitive dysfunction but also others … which generally have an impact on everyday functioning. Symptoms may be new onset, following initial recovery from an acute COVID-19 episode, or persist from the initial illness. Symptoms may also fluctuate or relapse over time.”

Moderna has announced plans to build a factory somewhere “in Africa” to generate mRNA therapeutics and COVID-19 vaccines. They will invest $500 million in the facility. A specific country on the continent has not been announced. The facility is expected to manufacture up to 500 million doses of vaccines per year, including for COVID-19 and other diseases.

In July, Pfizer and BioNTech inked a production deal for their vaccine in South Africa, although that agreement is only for the “fill and finish” process, placing the actual vaccine into vials and shipping them. Médicins Sans Frontièrs (Doctors Without Borders) has said this does little to help Africa “achieve vaccine independence.”

This issue is problematic because only about 4% of the continent’s population has been vaccinated against COVID-19, which has mostly been blamed on the country’s dependence on doses from overseas. However, there are also infrastructure limitations in some countries because the Pfizer-BioNTech vaccine requires ultra-cold transport and storage.

Stephane Bancel, Moderna’s Chief Executive Officer, stated, “On behalf of our growing team, partners and shareholders, we are determined to extend Moderna’s societal impact through the investment in a state-of-the-art mRNA manufacturing facility in Africa. While we are still working to increase capacity in our current network to deliver vaccines for the ongoing pandemic in 2022, we believe it is important to invest in the future.”

Merck’s molnupiravir, an antiviral pill that has been shown in clinical trials to be effective in cutting the risk of hospitalization from COVID-19, hasn’t been approved or authorized for use but is already controversial for its projected price. The drug costs $17.74 to manufacture, according to the Harvard School of Public Health and King’s College Hospital in London. But Merck is charging the U.S. government $712, or 40 times the price, for the same amount of the drug.

The drug, in trials, cut the risk of hospitalization in people with moderate or mild COVID-19 by half. And because it’s a pill rather than an intravenous injection like monoclonal antibodies or Gilead Sciences’ antiviral Veklury (remdesivir), it is expected to be more broadly used.

The drug was developed by Merck and Ridgeback Biotherapeutics. Ridgeback, based in Miami, Fla., licensed the drug from Emory University in 2020, then sold the global rights to Merck two months later for an undisclosed amount. The Department of Defense’s Defense Threat Reduction Agency invested more than $10 million in funding to Emory University in 2013 and 2015 for the drug, and the National Institute of Allergy and Infectious Disease also invested $19 million to Emory in additional grants. 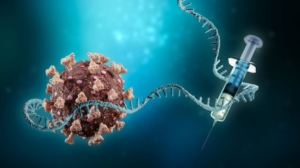 According to reports, only Merck and Ridgeback will profit from the drug, which has the potential to rake in as much as $7 billion by the end of this year alone if authorized.

Nonetheless, it appears that Ridgeback attempted to gain government funds to manufacture and develop the drug during the pandemic but was rejected. Although there are some criticisms that Ridgeback is ignoring the early government investments while Emory was developing the drug, all funding since the licensing deal with Merck has come from Merck and Wayne and Wendy Holman of Ridgeback.

To date, Merck has said they would make the drug accessible globally and has already inked licensing deals with five Indian generic drug manufacturers. Those companies would price the drug at less than $12 for a five-day regimen of the medication.

VMLY&Rx and You Okay, Doc? call for better mental health support for d...
Scroll to top