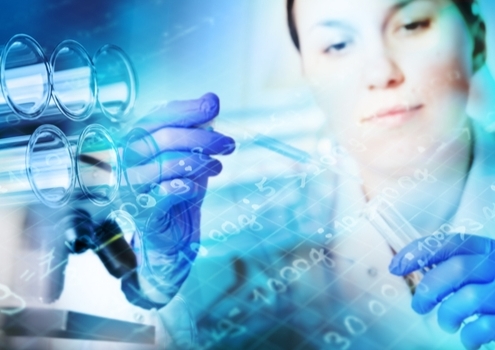 KalVista Pharmaceuticals, based in Cambridge, Massachusetts and Salisbury, England, indicated that Merck had allowed the option deal between the companies for the intravitreal diabetic macular edema (IDME) drug KVD001 and future DME molecules to expire.

Under the original deal, Merck paid KalVista a nonrefundable upfront fee of $37 million. That was only for KVD001 and future oral plasma kallikrein inhibitors for DME. Now that Merck has passed, KalVista has full ownership of all of its DME intellectual property as well as its oral hereditary angioedema (HAE) portfolio. The original deal was signed in 2017.

DME is a type of angioedema caused by blood vessels leaking, causing fluid to accumulate in the macula, at the back of the eye. DME eventually leads to blindness. KVD001 is a small molecule that inhibits plasma kallikrein, an enzyme that causes blood vessel leakage and swelling.

On December 9, 2019, KalVista announced that KVD001 failed to meet the primary endpoint in its Phase II trial in patients who were poor responders to previous treatment with anti-VEGF therapy. The primary efficacy endpoint was change in best corrected visual acuity (BCVA) at 16 weeks compared to placebo (sham). The six-microgram dose showed a difference of +2.6 letters compared to sham, which was not statistically significant, and the 3-microgram dose showed a difference of +1.5 letters. There were also no significant differences seen in the secondary endpoints of central subfield thickness (CST) or the diabetic retinopathy severity scale (DRSS).

“This was the first study to evaluate the efficacy of a plasma kallikrein inhibitor in DME,” said Andrew Crockett, KalVista’s chief executive officer, in December. “There is a significant population of DME patients who do not respond sufficiently to anti-VEGF therapies, and we want to express our gratitude to these patients as well as the healthcare providers and others who participated. Although the study did not meet the primary endpoint, KVD001 demonstrated what we believe is an important dose responsive clinical benefit on vision in the overall population. In addition, we identified a substantial proportion of patients who experienced a more robust response to treatment, that we believe warrants further study.”

Apparently, Merck disagreed or didn’t feel it was worth the investment to continue.

“We appreciate Merck’s willingness to work with us on the advancement of plasma kallikrein inhibitors for DME, and we respect their decision not to move forward,” Crockett said. “However, we believe that the efficacy signal observed supports the relevance of this target, and that there is a clear market opportunity for KVD001 and oral plasma kallikrein inhibitors in patients with this disease. Our focus in DME has always been to develop products that help patients protect their vision, and we will continue in this pursuit.”

After Settlement with Lilly, Eagle Pharma Gets Pemfexy Go-Ahead from FDA
Scroll to top