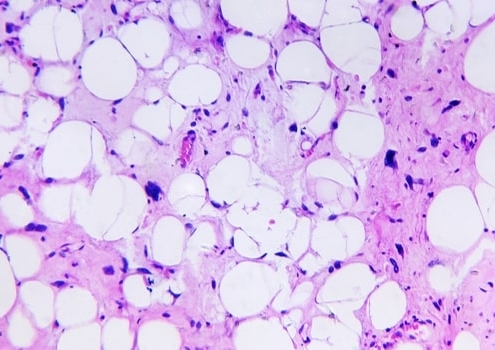 Shares of Karyopharm Therapeutics climbed in premarket trading after the company announced positive topline results in its Phase III study of Xpovio (selinexor) in patients with advanced unresectable dedifferentiated liposarcoma, which sets up potential approval in this indication.

The Phase III SEAL study met its primary endpoint of a statistically significant increase in progression-free survival. Treatment with Xpovio reduced the risk of disease progression or death by approximately 30%, compared to placebo, the company announced this morning.

Karyopharm’s Xpovio is a first-in-class, oral Selective Inhibitor of Nuclear Export (SINE) compound. Xpovio was initially green lit by the FDA last year in combination with dexamethasone for the treatment of patients with relapsed refractory multiple myeloma who have received at least three prior therapies and whose disease is refractory to at least one proteasome inhibitor, one immunomodulatory agent and one anti-CD38 monoclonal antibody. In June of this year, the FDA once again gave its blessing to Xpovio for the treatment of adult patients with relapsed or refractory diffuse large B-cell lymphoma (DLBCL). Karyopharm submitted a supplemental New Drug Application (sNDA) for Xpovio, which is currently under review by the FDA for the expansion of the drug’s label to include it as a treatment for patients with multiple myeloma after at least one prior line of therapy. The sNDA has been assigned an action date by the FDA of March 19, 2021.

SEAL study patients who had been on placebo with objective progression were allowed to crossover to the Xpovio arm. Karyopharm said those patients who then received Xpovio demonstrated a trend toward improvement in the median overall survival compared to those patients who began on the placebo arm of the study and never crossed over to the Xpovio treatment arm. The safety profile for Xpovio remains consistent with previous studies. Full detailed results of the Phase III SEAL study will be presented at the virtual Connective Tissue Oncology Society meeting later this month.

Sharon Shacham, president and chief scientific officer of Karyopharm, touted the results of the SEAL study as the first late-stage clinical data for Xpovio in a solid tumor indication.

“The top-line results from the SEAL study are particularly encouraging as advanced dedifferentiated liposarcoma represents a very difficult to treat cancer with no established standard of care and limited treatment options available to patients. Xpovio may be particularly promising as it represents the first oral therapy to show activity in patients with previously treated liposarcoma,” Shacham said in a statement.

With the positive results in hand, Karyopharm intends to seek approval for Xpovio in this indication. The company will submit a New Drug Application in the first half of 2021. If approved, Xpovio would represent the first oral, non-chemotherapy agent available for patients with dedifferentiated liposarcoma, Karyopharm said in its announcement.

Not only does Karyopharm think it has a winner for treatment of unresectable dedifferentiated liposarcoma, the company believes the positive results provide rationale for advancing the clinical development of Xpovio in other solid tumor indications, including in endometrial, glioblastoma, lung and other cancers.