One year after submitting a New Drug Application for Azstarys, KemPharm announced this week that the U.S. Food and Drug Administration (FDA) has approved its novel ADHD drug for use in patients six years and older.

KemPharm makes prodrugs of existing drugs that are already approved and deemed safe, but have undesirable effects. Taking the known drug, the team attaches a ligand to it to create new properties that will improve quality for users.

The company’s newest approved drug, Azstarys, consists of serdexmethylphenidate, KemPharm’s prodrug of d-methylphenidate (d-MPH), co-forumlated with an immediate release d-MPH. Taken only once per day in the morning, the drug acts quickly and lasts through evening, giving parents a reliable, predictable therapeutic for their children.

ADHD is a cause close to KemPharm CEO Travis Mickle’s heart. He personally has the disorder, along with his children. Understanding what it is to live with it and parent those living with it gives him the drive to continue to push for better products for patients. In the post-approval conference call, Mickle highlighted how Azstarys did not hinder growth or weight gain in children, a concern for many parents of children with ADHD. 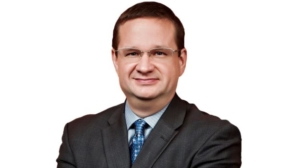 The CDC estimates 9.4% of children aged 2-17 have been diagnosed with ADHD, with that number even higher in teen populations. In adults the estimates are around 2.5% of the population. The market for ADHD prescription drugs was $17.9 billion in 2019.

The commercialization of Azstarys is expected in the U.S. in the second half of this year. Per a collaboration and licensing agreement between KemPharm and Gurnet Point Capital, GPC’s portfolio company Corium will be driving the efforts.

Things are looking up for KemPharm since being suspended, then later delisted from the NASDAQ last May. The company dug itself out of $93.1 million in debt and regained its listing on the ticker in January. Mickle attributes the resurrection to the company’s attractive pipeline of products saying, “Many pharma companies don’t survive the amount of debt that we had without a revenue source. It was truly remarkable.”

KemPharm already has a pain prodrug on the market, fighting the addictive nature of traditional opioids. In January the company got the green light from the FDA to begin clinical trials on KP879, a prodrug to treat stimulant use disorder. The program is expected to initiate this year.

In an interview with Orlando Business Journal, Mickle intimated staff growth after the FDA approval. A rep for the company told BioSpace the remarks were “said in anticipation of the potential approval and other activities at the company, so they are still attributable.” No more specific hiring numbers were offered upon request.