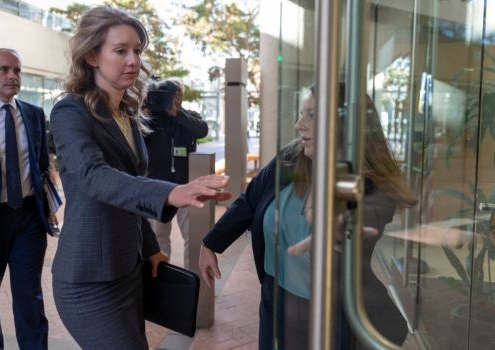 After seven days on the witness stand, Elizabeth Holmes, the former chief executive officer of Theranos, has finished testifying in her defense against charges of massive fraud. Throughout her defense, she cast blame for Theranos’ troubles on her former partner and lover, Ramesh “Sunny” Balwani, as well as subordinates who she claimed misled her.

Closing arguments are expected to begin next week, and then the case will be turned over to a jury to decide Holmes’ fate.

Although she appeared to take some responsibility for what happened at Theranos, Holmes largely cast herself as a victim. As the Associated Press noted in its trial wrap-up, Holmes could vividly recall the times that she was mistreated or led astray but had an issue with her memories of her own actions that led to charges of investor fraud – even when confronted with internal company documents and her own emails.

Some of the key takeaways from the trial include Holmes’ testimony about her toxic relationship with Balwani, including claims that she was sexually, emotionally, and mentally abused by Balwani, who is 20 years her senior. Holmes testified that throughout their relationship, Balwani coached and controlled her. She also testified in court that Balwani would force her to engage in sexual activities after arguments to prove that he loved her.

She also said that Balwani had her write out daily goals and demanded that she only focus on things that would make her successful in business. Both Holmes and Balwani have been charged with multiple counts of fraud. Balwani’s trial is expected to begin next year.

Another takeaway from the trial is Holmes’ “inconsistent memory,” as the AP puts it. She often failed to recall events that had occurred, despite the documentation. It was a point that the prosecution honed in on during its cross-examination of Holmes.

Holmes also testified multiple times that she mishandled things while at the helm of Theranos, a company she founded at the age of 19. During the prosecution’s examination of Holmes, the failed entrepreneur admitted that she should have been more aware of what was going on with her company as CEO. She noted that the responsibility for all activities at Theranos were hers and hers alone.

Holmes testified that she mishandled her staff, particularly those who went on to become whistleblowers about the company’s failings, including Erika Cheung and Tyler Shultz. Both raised concerns about the failures of the company’s blood-testing device internally. They only took their concerns to the media after Holmes and Balwani repeatedly ignored them and issued veiled threats that included hiring private investigators to follow the employees to see with whom they spoke outside of Theranos. Holmes testified that she wished she treated Cheung better and listened to her when she raised her concerns.

Holmes also revealed the extent to which she attempted to have The Wall Street Journal kill the initial stories that told the depths of failings at Theranos. Holmes testified that she reached out to Rupert Murdoch, a Theranos investor who owned the Wall Street Journal, asking his help in killing the article. 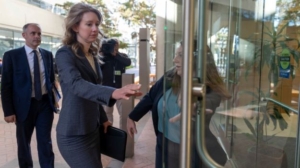 Throughout Theranos’ history, Holmes maintained a veil of secrecy around the company and its supposed trade secrets. The company never published peer-reviewed articles highlighting its blood-testing capabilities. All of that was an effort, so Holmes would say, to protect its trade secrets.

Holmes’ testimony included an admission that she considered trying to include the use of a third-party blood-testing device as a trade secret. The Theranos Edison blood-testing device was not living up to its promise, and the company began using devices made by Siemens. Her testimony revealed that she went to the board of directors seeking to hide the use of the third-party product behind a veil of “trade secrets.”