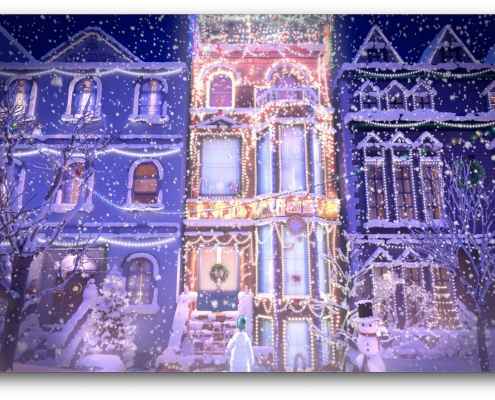 This is the rallying cry behind Klick Health’s 2020 holiday video ‘When Nobody’s Watching’, which launched today on YouTube. For each view, Klick will donate $1 to Sesame Workshop, the non-profit media and education organization behind Sesame Street that’s known for its mission to help children grow smarter, stronger, and kinder.

The new two-minute animated video follows a frontline physician from season to season during the COVID-19 pandemic. We see her coming home from the hospital each morning and returning to her own quiet street, always taking the time to do something kind – bringing groceries to her elderly neighbors, salting their icy doorsteps as she salts her own, and literally giving the coat off her back to someone in need.

We also see she’s tired. And we’re not the only ones. The story unfolds through the eyes of neighborhood children, sheltering at home during the pandemic. After bearing witness to her kindness through their windows all year, they hatch a secret plan to decorate the front of her house and surprise her for the holidays.

“It’s been said that a person’s true character is revealed by the things they do when nobody’s watching, and our video pays tribute to all of the unsung heroes who have been doing exactly that throughout the pandemic,” said Klick’s Chief Creative Officer Rich Levy. “Like so many frontline workers, the heroine in our video doesn’t realize that her selflessness is inspiring others, like the neighborhood children. In just naturally being kind, she is modeling kindness, making it contagious, and teaching us all to be kinder in the process.”

Building kindness in kids; donating $1 per view to Sesame Workshop
Klick is donating a dollar for each of the first 10,000 YouTube views of‘When Nobody’s Watching’ to Sesame Workshop. Since 1969, the non-profit organization has been addressing the most urgent needs of preschool children and their families with a wide range of media, formal education, and philanthropically funded social impact work. Everything Sesame Workshop produces – from the Sesame Street television show to their recent Caring for Each Other pandemic response initiative – is based on decades of research from leading early childhood experts.

Klick Health today debuted its 2020 holiday video, paying tribute to the unsung heroes of COVID-19 and highlighting the importance of modeling kindness. Klick will donate $1 per view to Sesame Workshop, the non-profit behind Sesame Street, known for its mission to help children grow smarter, stronger, and kinder. The video can be viewed on YouTube and at https://www.klick.com/holiday. (Photo: Business Wire)

To further support the non-profit, the company is also adding Sesame Workshop onto its Klick It Forward platform, which rewards Klicksters with charitable dollars to donate to charities of their choice.

“We are thrilled to contribute to Sesame Workshop’s efforts to make the world a better, kinder place for children,” said Klick’s Chief People Officer Glenn Zujew. “So many Klicksters and their children have grown up watching Sesame Street and we’re huge fans of the entire Sesame organization and what they stand for. Working with them is a dream come true.”

Levy added that Klick is also excited to be working with the best animation and music studios in the business. The animation was created by New York-based Psyop, the award-winning creative production company whose work has been described as “the Pixar of Commercials” by Ad Age. The original score was composed by New York-based Antfood, the acclaimed team of music composers and sound designers, known for their work with Apple, Google, and Nike.

Kindness: linked to better health, too
Kindness is linked to better health – and it’s one of Klick’s cultural behaviors and hiring criteria. Last year, Klick’s holiday video focused on kindness through a different lens. Filmed in fall 2019, ‘Kindness is Contagious’ seems to take place during a fictional public health crisis, only to reveal through a series of misdirects that, in fact, it’s kindness that’s spreading. The 2019 video’s moving and unintentionally prescient story earned almost six million views and a Webby award – this year’s video builds on its powerful message in a healing way.

Producing memorable holiday videos has become a tradition at Klick over the last decade. Its popular 2017 ‘You Make Winter Warm’ video marked the release of an original, new holiday song, and The CW Network featured Klick’s 2014 ‘Epic Office Holiday Remix with Andrew Huang’ on its ‘Greatest Holiday Commercials Countdown’ show.

Klick’s ‘When Nobody’s Watching’holiday video can be viewed, liked, and shared at klick.com/holiday and on YouTube. 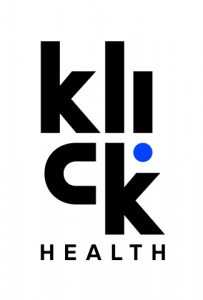 About Klick Health
Klick Health is the world’s largest independent commercialization partner for life sciences. For over two decades, Klick has been laser focused on developing, launching, and supporting life sciences brands to maximize their full market potential. Klick was named Large Agency of the Year for 2020 by Medical Marketing + Media (MM+M), marking its ninth Agency of the Year industry award in the nine years. Follow Klick Health on Twitter at @KlickHealth. For more information on joining Klick, go to klick.com.

About Klick Group
The Klick Group of companies—Klick Health (including Klick Katalyst), Klick Media Group, Klick Applied Sciences (including Klick Labs), Klick Consulting, Klick Ventures, and Sensei Labs—is an ecosystem of brilliant talent collectively working to maximize their people and clients’ full potential. Established in 1997, Klick has teams in New York, Philadelphia, Toronto, and across North America. Klick has consistently been named a Best Managed Company and Great Place to Work. In the last year alone, the company has been recognized with 14 Best Workplace awards, including Best Workplaces for Women, Best Workplaces for Inclusion, Employee-Recommended Workplaces, Most Admired Corporate Cultures, and FORTUNE’s Best Places to Work in New York.