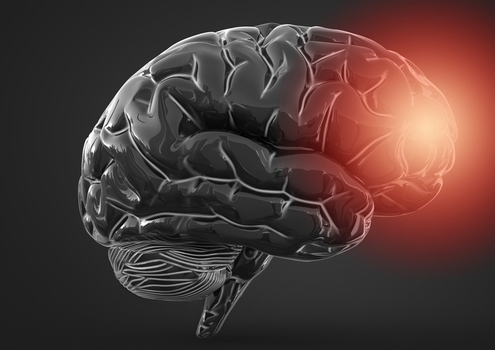 Six months after a COVID-19 diagnosis, more than 33% of people exhibited some form of brain damage, according to a study appearing in Lancet Psychiatry. Mortality, therefore, is not the only concern. While COVID-19 can lead to serious respiratory, pulmonary and cardiac issues, it also has other severe, far-reaching neurological consequences.

Concern about related neurological and psychological sequalae have been raised since COVID-19 first appeared on medicine’s radar screen. They were underscored with small studies and punctuated with case studies and anecdotal reports that reported increases risks of moodiness and anxiety disorders. There were few large-scale studies of COVID-19 and it consequences until now.

Researchers from the University of Oxford have completed a large-scale study confirming those early concerns. They analyzed the health records of 236,379 COVID-19 survivors six months after their COVID-19 diagnoses. Of the total, 46,302 were hospitalized and, of those, 8,945 were admitted to the intensive care unit (ICU). 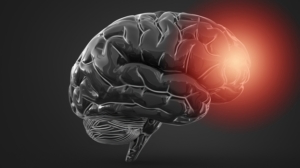 Among patients who were admitted to an (ICU), the incidence of neurological or psychological sequelae rose to 46.42%. For more than 25% of patients admitted to an ICU for COVID-19, the diagnosis of neurological or psychiatric issues was new.  Specific diagnoses were anxiety disorder (19.15%), ischemic stroke (6.92%), and psychotic disorder (2.77%).

Other conditions were found in both groups, and included intracranial hemorrhage, dementia, and parkinsonism (a group of conditions with manifestations similar to Parkinson’s disease).

The researchers reported these diagnoses, overall, were somewhat more common in COVID-19 patients than in patients diagnosed with influenza (1.44%) or those diagnosed with other respiratory tract infections (1.16%). Rates for first diagnoses were slightly higher, as well (1.78% and 1.32, respectively). Not surprisingly, the hazard rate for neurological and psychological conditions increased in step with the severity of their COVID-19 experience.

Of those requiring ICU admittance, nearly 80% suffered from ischemic or other forms of heart disease. Just over 62% were hypertensive, while 42% had type 2 diabetes. Slightly more than 34% were overweight or obese.

The same trends were evident among patients who did not require hospitalization, although the percentages were lower. For instance, 25% were hypertensive, 12% had type 2 diabetes and 16% were overweight or obese.

A first diagnosis for anxiety and mood disorders occurred in between 8% and 9% of all those diagnosed with COVID-19, in accordance with disease severity.

“Hazard rates were significantly greater than 1 for all diagnoses for patients who had COVID-19 compared with those who had influenza, except for parkinsonism and Guillain-Barré syndrome, and significantly greater than 1 for all diagnoses compared with patients who had respiratory tract infections,” the paper noted.

The lack of hazard differentiation for Guillain-Barré syndrome and parkinsonism was somewhat surprising, given its typically associated with viral infections.

The only exception to the increased hazard ratio was when the outcome was associated with another condition, such as the relationship between fractures of a large bone and intracranial hemorrhage, the researchers wrote.

The study also suggests a linkage between COVID-19 and the onset of dementia, noting a diagnosis in 2.66% of patients age 65 and older, and in 4.72% of those with encephalopathy within six months of having COVID-19.

“These are real-world data from a large number of patients. They confirm the high rates of psychiatric diagnoses after COVID-19, and show that serious disorders affecting the nervous system (such as stroke and dementia) occur, too,” Paul Harrison, lead author of the study, said in a statement. “While the latter are much rarer, they are significant, especially in those who had severe COVID-19.

“Although the individual risks for most disorders are small, the effect across the whole population may be substantial for health and social care systems (because of) the scale of the pandemic and (the fact) that many of these conditions are chronic. As a result, health care systems need to be resourced to deal with the anticipated need, both within primary and secondary care services.”