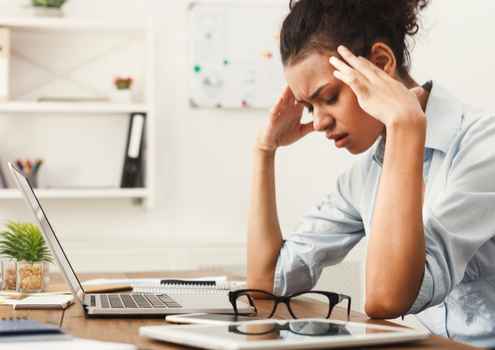 Largest Study of Long COVID Points to an Alarming Prognosis

The body of real-world evidence around COVID-19 continues to build, and a study released Thursday in The Lancet points to concerning long-term effects for hospital survivors at the one-year mark.

The study, which was led by Dr. Bin Cao from the China-Japan Friendship Hospital in Beijing, is a head-to-head comparison of 1,276 people discharged from Jin Yin-Tan Hospital in Wuhan between January and May 2020 and comparable Wuhan residents who were not infected with COVID-19. In what is the largest paper of its kind yet to be published, the former patients were assessed at both six and 12 months following the onset of their first symptoms.

Common long-term effects suffered by COVID-19 survivors include fatigue, muscle weakness, sleep disturbances, changes in taste and smell, dizziness, headache and shortness of breath. At the six-month mark, 68% of participants reported at least one persistent symptom, which fell to 49% after one year. In all, the former patients self-reported experiencing a lower quality of life than their counterparts, and the most common maladies were fatigue and muscle weakness.

Reflective of the enigma that is COVID-19, the number of patients reporting breathing problems actually increased between the six and 12-month check-ins from 26% to 30%, while the percentage of people who felt anxious or depressed rose from 23% at six months to 30% at one year. Both mental and physical health challenges were especially prevalent among those who had experienced the most serious disease.

That people would still be in a rehabilitation period after 12 months is outside of the norm for David Putrino, director of rehabilitation innovation at Mount Sinai Health Systems in New York. Putrino told TIME that this is not an example of a glass-half-full story.

“After most hospital stays, including for, say, walking pneumonia, I would not be expecting people at 12 months to still be reporting symptoms to me,” said Putrino, who oversees the network’s Long COVID rehabilitation program.

According to Putrino, being fortunate enough to escape hospitalization may not guarantee a full immediate recovery. 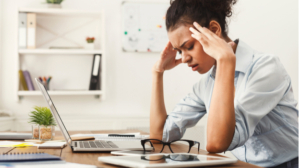 “This virus doesn’t end once you get discharged from the hospital or once you get over the initial acute symptoms,” he said, referencing smaller studies showing that symptoms may linger in around 20% of these patients.

These studies could spell bad news for a lot of survivors. According to a collection of four international studies published in late July, there are more than 200 possible Long COVID symptoms. In one paper, researchers assessed responses from 3,762 patients from 56 countries with either confirmed or suspected COVID-19 and found an average of 56 reported symptoms across 9 different organ systems. More than 91% of these patients required at least 35 weeks to recover. The most commonly reported symptoms after six months were fatigue, post-exertional malaise, and cognitive disfunction.

It appears that even vaccination is not a complete get out of jail free card in every case when it comes to preventing Long COVID. In an Israeli study of 1,497 vaccinated health care workers, 39 became infected regardless, and 7 of those individuals experienced symptoms that lasted at least six weeks.

“We had hoped that when you get vaccinated and even if you did have a breakthrough infection you would have enough of an immune response that would block this protracted symptom complex now known as long COVID,” said Dr. Eric Topol, a professor of molecular medicine at Scripps Research. “This study is the really first to give us an indicator that there’s some long-haulers among that small group of people that had breakthrough infections.”