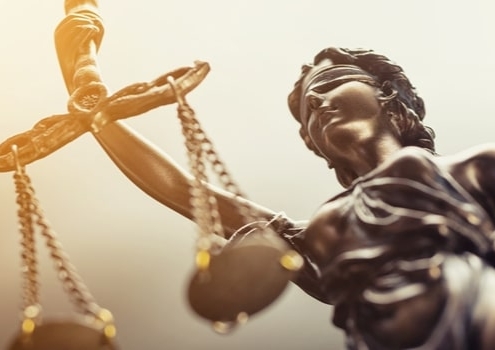 Over the course of the months that her trial has been delayed due to COVID-19 concerns, the legal team for Elizabeth Holmes has sought to dismiss many of the charges against the former chief executive officer. In August, the Holmes team filed multiple motions in the U.S. District Court in San Jose seeking to have those charges dismissed, The Mercury News reported Wednesday.

Holmes, along with former Theranos President Ramesh “Sunny” Balwani, was initially charged with multiple counts of fraud in 2018 related to the blood-testing company Theranos. From 2013 to 2015 Holmes and Balwani raised more than $700 million from investors through what the U.S. Securities and Exchange Commission called “years-long fraud” in which they exaggerated or lied about the efficacy of the company’s proprietary technology and the state of its finances, according to the complaint. The company also made false claims about its relationship with the Department of Defense and its regulatory status with the U.S. Food and Drug Administration during that time period. As a result of the alleged fraudulent promises made to investors, the valuation of Theranos swelled to $9 billion and made Holmes one of the youngest billionaires in the United States.

Attorneys for Holmes argued that her Constitutional right to a speedy trial had been violated due to the fact that the prosecution delayed adding some charges against her. Judge Edward Davila denied the claim. In his ruling, he said the delays were a result of Holmes’ legal team’s own tactics to request more time for the trial. The global pandemic was also a factor in the delay, the judge said, according to The Mercury News.

The Holmes trial was scheduled to begin this past summer, but has been delayed until March 2021 due to the COVID-19 pandemic. Balwani’s trial is expected to begin following the conclusion of Holmes’ trial.

The Holmes team also raised concerns over charges that related to events more than a decade ago. The legal team suggested that witnesses related to those older charges could have “fading memories” or be unavailable. The judge said those arguments raised by the Holmes team were “too vague and speculative” to suggest her rights would be harmed.

Attorneys also raised concerns about statute of limitation violations stemming from later government indictments that broadened some of the fraud charges Holmes faces. The judge also rejected those arguments as well. Davila also rejected claims from the Holmes team that some of the charges the entrepreneur faces duplicate each other. Additionally, the attorneys said recent charges against Holmes violated a previous decision made by the judge and also suggested other motions he previously made contradicted previous rulings. Those were rejected as well.

Davila has rejected some charges made by the prosecution. In July, the judge dismissed some added charges against the duo that expanded existing wire fraud charges. Additional fraud charges were dropped by Davila in February.