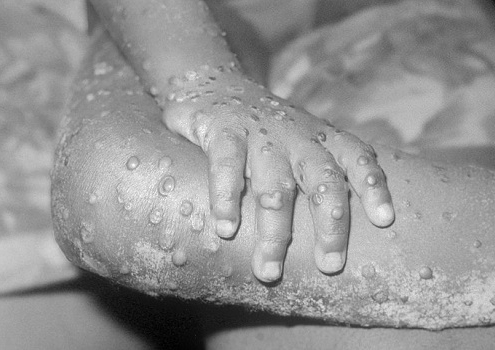 On Wednesday evening, a man in Massachusetts became the first person reported to have a case of monkeypox in the U.S. since 2021. The man contracted monkeypox after traveling to Canada, although Quebec’s Ministry of Health and Social Services told CBC News that no cases had been reported to the agency.

Monkeypox is considered to be a rare disease by the Centers for Disease Control and Prevention and is caused by the monkeypox virus, which is part of the Orthopoxvirus genus. This genus is also home to the virus that causes smallpox. The virus was first observed in 1958 in colonies of monkeys who had a pox-like disease, and the first recorded human case of monkeypox occurred in 1970 in the Democratic Republic of the Congo. 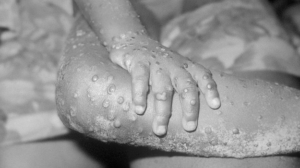 Photo By BSIP/UIG Via Getty Images

Monkeypox is similar to smallpox, but it’s considered to be milder. In the beginning stages of infection, symptoms include fever, headache, muscle aches and fatigue, and typically within one to three days, those infected develop a rash or pox that begins on the face and spreads to other parts of the body. The pox progresses from flat lesions to lesions with pus, then to scabs that eventually fall off the body. The disease course is typically two to four weeks. In Africa, there are two strains, one of which results in a fatality of 1% and another with a fatality of 10%.

“Monkeypox is a serious disease. Thousands of lesions are something nobody wants to experience, and when those scabs fall off, they leave scars. One percent mortality is also unacceptable,” Dennis Hruby, Ph.D., chief scientific officer at SIGA Technologies said in an interview with BioSpace.

As for the current outbreak, monkeypox had already been spotted in Spain, with 23 people showing compatible symptoms, and in the U.K. with seven confirmed cases. Reports currently state that the strain of monkeypox found in those in the U.K. is of the less fatal variety, with a fatality rate of less than 1%. The U.S. had at least two confirmed cases in 2021 but has not had an outbreak of the disease since 2003 when a shipment of infected animals came into contact with pet prairie dogs.

“Thus far, monkeypox is not spread very well person to person. So unlike COVID-19 or smallpox, right now, respiratory transfer is not something we worry about. I think right now, be assured that we’re trying to stem the further spread and that we have countermeasures to do so,” Hruby said.

The recent infections with monkeypox are quite puzzling, as those who were infected in the U.K. did not report recent travel to Africa, where the virus is most prevalent.

“This is new. To my knowledge, we’ve never seen this before. No one knows how the virus got into this population of individuals and how it’s being spread. During the pox virus’s replication cycles it has some bloodstream phases, so I can imagine exchanging bodily fluids may be responsible for the transfer of the infection now, but how they got into this population is unknown, and how extensive the problem is remains to be seen,” Hruby commented.

“There are about 1.7 million courses of the drug stockpiled in the U.S. Strategic National Stockpile and we at SIGA have a small stockpile as we are manufacturing for future orders by the U.S. government,” Hruby said. “We were just in the process of having discussions with various European countries to provide them the drug for compassionate use, as well as accelerating conversations about how to get them additional stocks of drugs as quickly as we can.”

The U.S. did approve a vaccine for monkeypox in 2019 which also protects against smallpox called Jynneos (also known as Imvamune or Imavanex). On Thursday, Bavarian Nordic secured a contract with an undisclosed European country to supply Imvanex.

“We also have a vaccine that will protect against monkeypox, and there have been newer vaccines developed that have a better safety profile. We’re fortunate in the sense that if we need them, we have vaccines, and we have a drug as well. Everyone’s watching this very carefully,” Hruby said.