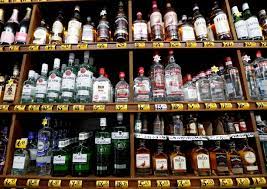 Light-to-moderate alcohol consumption is linked to a reduced risk of heart attack, stroke and death among those with heart disease, according to a study published in the journal BMC Medicine on Monday.

The largest benefit – a 50% reduction in risk compared with non-drinkers – was seen in people with heart disease who drank an average of 6 grams of alcohol per day. (A standard “unit” of alcohol is 8 grams in the UK, whereas the average drink in the United States contains 14 grams.)

Drinking higher amounts, up to an average of 15 grams of alcohol daily, were linked with smaller reductions in risk. https://bit.ly/3kV2xN9

“Our findings suggest that people with CVD (cardiovascular disease) may not need to stop drinking in order to prevent additional heart attacks, strokes or angina, but that they may wish to consider lowering their weekly alcohol intake,” said study coauthor Chengyi Ding, a research student at University College London. She noted, however: “Alcohol consumption is associated with an increased risk of developing other illnesses.”

Ding cautioned that non-drinking individuals should not be encouraged to take up light drinking because of known adverse effects on other health outcomes, such as cancers.

The researchers, who assessed more than 48,000 patients with heart disease, found that higher alcohol consumption, up to 62 grams per day, was not associated with increased risks of recurrent heart attack or death compared with no alcohol consumption.

Overall, the alcohol amounts that were linked with benefit are lower than those recommended in most current guidelines. For example, the American Heart Association’s guidelines for heart patients recommend up to 2 U.S. drinks per day for men and 1 per day for women.

A 2019 study found older people with heart failure who consume up to seven drinks a week may live longer than those who completely avoid alcohol. (https://reut.rs/3y5VwwH)

Bottles of alcoholic beverages are seen for sale in a shop in Glasgow, Scotland, Britain, May 1, 2018. REUTERS/Russell Cheyne/File Photo

However, researchers in the past have found that heavy drinking was associated with increased levels of blood biomarkers that indicate damage to the heart.

The new study analyzed data from the UK Biobank, the Health Survey for England, the Scottish Health Survey and from 12 previous studies.

The researchers caution that their findings may overestimate the reduction in risk for moderate drinkers with heart disease due to the under-representation of heavy drinkers and categorization of former drinkers who may have quit.

Reporting by Dania Nadeem in Bengaluru; Editing by Nancy Lapid and Dan Grebler