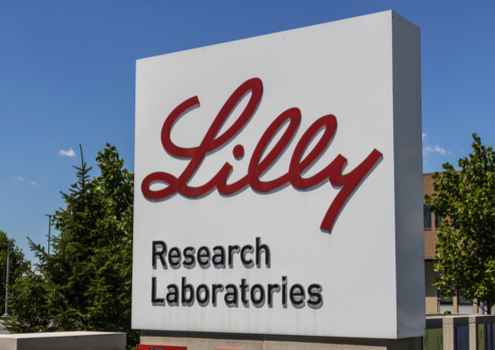 Lilly CFO Resigns Due to “Inappropriate Communication” with Multiple Employees

Anat Ashkenazi was tapped to take over as chief financial officer of Eli Lilly following the abrupt resignation of Josh Smiley, who departed the company following allegations of an inappropriate relationship with an employee.

This morning, Eli Lilly said it was made aware of the allegations of that inappropriate relationship between Smiley and the employee and immediately conducted an independent investigation.

The investigation found that Smiley, who became CFO in 2016, engaged in inappropriate personal communications with multiple employees, however, they were deemed to be consensual. Despite that consent, Eli Lilly said its leadership team determined Smiley exhibited poor judgment.

“Lilly holds all employees accountable to its core values and strongly believes its executive officers carry an even higher burden in ensuring those values are upheld. Mr. Smiley did not meet that standard,” the company said in its announcement.

David Ricks, chairman and chief executive officer of Eli Lilly, said the company’s core values are “integrity, excellence and respect for people.” Those values are to be adhered to by all employees and executives are expected to display exemplary conduct at all times, he said.  Ricks added the company’s appreciation for Smiley’s “many contributions to Lilly” and wished him well in his future endeavors.

Smiley’s conduct was not related to financial controls, financial statements or any other business matters or judgments, the company said. As such, he will be allowed to assist in the transition of his duties to Ashkenazi, who most recently served in the role of senior vice president, controller and chief financial officer of Lilly Research Laboratories.

Ashkenazi has been with Lilly for nearly 20 years and has been, controller and CFO of Lilly Research Laboratories since 2016.  In this role, she oversaw the CFOs of the company’s commercial businesses, as well as those for research and development, manufacturing and quality, and G&A functions. She also led the corporate strategic planning team and business transformation office.  Previously, she served as chief financial officer for several of the company’s global business areas. Prior to joining Lilly, she worked in financial services at Ma’alot Standard & Poor’s and at Ha’poalim Bank in Israel. 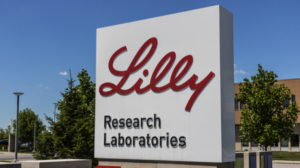 “We are confident in Anat’s ability to serve as our next CFO given her impeccable track record of leadership and business success across nearly all major parts of the company, most recently as corporate controller and head of strategy. Having finished 2020 with strong momentum and strong financial performance, we are well positioned to continue delivering on the promise of our pipeline and the potential to grow Lilly and its impact on patients’ lives in the decade to come,” Ricks said in a statement.

Ashkenazi said she is excited about the new role at Eli Lilly and looks forward to building on a strong foundation already in place at the Indianapolis-based company.

“We have a high degree of confidence in both our short- and long-term outlook at Lilly given our strong revenue growth, pipeline potential, and margin expansion opportunities. I look forward to building on this excellent foundation, working closely with Dave and the rest of our talented Lilly team to drive our strategy forward and helping create shareholder value in the years ahead,” Ashkenazi said in a statement.