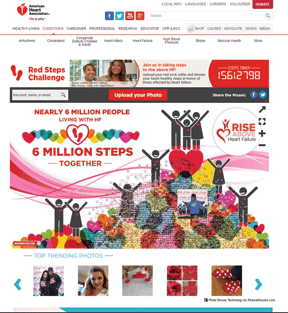 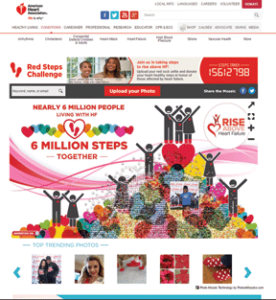 When it launched in February of 2015, Meerkat looked like it was going to be the hottest social application since Facebook. The app, which allowed users to easily stream live video of themselves to a network of followers, caught on like wildfire at SXSW and then spread quickly when those early adopters began pushing it out to their friends and acquaintances. In less than a month, it went from virtually unknown to a platform that was being tweeted about more than 30,000 times a day.

Today, almost exactly two years later, Meerkat’s live-streaming platform is gone, taken down in the fall of 2016 after losing a battle for users with the similar (but Twitter-backed) platform Periscope. But although the players have changed, interest in live streaming has stuck around – and in some cases, grown quickly as users see the possibilities for it and existing social platforms begin adding it to their arsenal of features.

So who are these big players? Less than a year after Facebook launched Facebook Live in April of 2016, an external source reported that its videos had already been viewed 700 million times. Twitch.tv, a streaming service focused on video gaming, reaches over 6 million people monthly (it was acquired by Amazon.com in 2014). YouTube launched live video for all users via mobile app in June 2016, claiming that streamers could access the audience of almost 1 billion YouTube users monthly. Periscope, Twitter’s live streaming app whose direct competition killed Meerkat, announced that in its first year of existence, users created more than 200 million broadcasts. And in December of 2016, Instagram entered the space, giving social media users yet another option to share their lives in real time.

This fast adoption of new technology should give the medical marketing industry something to think about. As it becomes harder to reach audiences through fragmented traditional channels like television, print, and even digital media, live video gives us a way to cut through the clutter. It takes the old adage of “fishing where the fish are” one step further: these consumers are not only already watching live videos on these platforms, but by definition, they’re watching them in real time.

Of course, medical marketers shouldn’t jump on the live video bandwagon just because it’s new(ish) and popular: the content has to fit the medium, and with the existing strategy – and it has to capture users’ attention in the first place. So while it may seem tempting to repurpose old assets, marketers should consider whether a 17-minute MOA video from four years ago is really going to be something their prospective targets will drop everything to watch in real time.

When choosing content for live video, marketers should ask themselves: 1) Is this time sensitive? 2) Is this extremely engaging? And 3) Does this align with the rest of our marketing strategy? Regular non-live video can function to house assets that may be not time sensitive – or engaging enough to warrant a look but not to cause users to interrupt their day. But for live video, there’s got to be a temporal or contextual hook to get users interested.

That may seem daunting, since most marketing (not just pharma marketing) generally isn’t as captivating as watching a watermelon explode. But there are certain categories of promotions that could work well for the right audience online. For patient tactics, brands can leverage celebrity spokespeople, engaging Q&A’s, HCP/patient interviews, chapterized stories, and new data releases – to name a few. And while HCPs are harder to reach on social, live feeds from conferences may be a good way to capture their attention. For both groups, time sensitivity and compelling information is key.

One company that has already seen success in the live video space is Novartis, makers of heart failure drug Entresto. In order to raise awareness of the condition, they partnered with the American Heart Association to launch an unbranded initiative called Rise Above Heart Failure. Patient stories about living with the condition were shared through live events and on the AHA’s website and social media pages. And on World Heart Day, they used Facebook Live to stream a panel discussion featuring both cardiologists and celebrity spokesperson Queen Latifah, whose mother was affected by heart failure. Nearly one thousand people tuned in to see the conversation, which was both time-sensitive (taking into account the global focus on World Heart Day), extremely engaging (celebrity tie-in), and aligned with their strategy of using patient stories to raise awareness of heart failure.

For brands looking to include live video in their promotions, it’s also important to determine which platform will be most appropriate. For many pharma brands, Facebook may seem like the natural choice, especially if they have an existing presence on the platform. But Facebook isn’t the only player in the game, and may not be the most appropriate given the target audience. Instagram’s audience skews younger and YouTube’s audience skews more male (and besides, YouTube offers the added benefit of allowing live video to be viewable for all users online after it’s been shared – something that isn’t possible on Facebook’s closed-wall platform). Twitch and Periscope each have unique target audiences and features as well, so they may be more appropriate for a given campaign.

And who says you have to stick to one platform? Live video company Livestream is new to the game but promises to allow users to go live on multiple platforms at once – similar to the way aggregators allow us to advertise across multiple EHR platforms.

As medical marketers begin to explore different platforms and look for a way to integrate them into their next brand plan, it’s also a good idea to also look to the future. Remember Meerkat, the rising star-turned-lead balloon that launched public interest in social streaming? While their initial platform has been taken down, the company still exists, and just last year kicked off a new twist on social sharing. Their new app “Houseparty” allows users to pop into virtual rooms to group video chat and hang out. It’s hard to say if this is truly the next new thing, but given the history of live video, it’s certainly worth keeping an eye on.