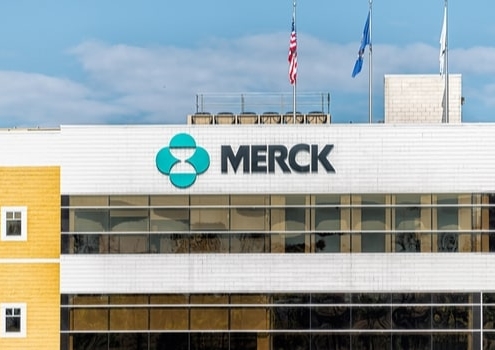 The trial hit the dual primary endpoints of PFS and OS as well as the secondary efficacy endpoint of objective response rate (ORR). Median follow-up was 11.4 months for both the all-comer cohort and the mismatch repair proficient (pMMR) subgroup. In the all-comer population, the drug combination reduced the risk of disease progression or death by 44%, with a median PFS of 7.2 months compared to 3.8 months for patients who received chemotherapy, which was a physician’s choice of doxorubicin or paclitaxel. 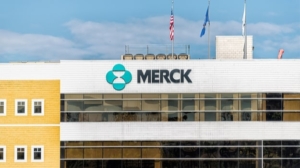 A statistically significant and clinically meaningful improvement in OS was observed in the all-comer population, where the drug combo decreased the risk of death by 38% with a median OS of 18.3 months compared to 11.4 months for the chemotherapy group.

“Patients diagnosed with endometrial cancer, the most common type of gynecologic cancer in the U.S., face low survival rates when diagnosed at an advanced stage or at recurrence, especially once the disease progresses after prior platinum-based therapy and is not amenable to curative surgery or radiation,” said Vicky Makker, Principal Investigator and Medical Oncologist, Memorial Sloan Kettering Cancer Center.

Makker added, “With a 38% reduction in risk of death regardless of mismatch repair status, Keytruda plus Lenvima significantly improved overall survival compared with chemotherapy in the all-comer group of patients with advanced, metastatic or recurrent endometrial carcinoma, which is very encouraging, as this arm included an investigational patient population for which more data have been sought after by the gynecologic oncology community.”

KEYNOTE-775/Study 309 is a confirmatory clinical trial for KEYNOTE-146/Study 111. KEYNOTE-147/Study111 was the trial that supported the accelerated approval by the U.S. Food and Drug Administration (FDA) of Keytruda plus Lenvima in 2019 for patients with advanced endometrial carcinoma that is not MSI-H or mismatch repair deficient (dMMR), who have disease progression following prior systemic therapy and are not candidates for curative surgery or radiation.

The companies presented the data in an oral plenary session at the virtual Society of Gynecologic Oncology (SGO) 2021 Annual Meeting on Women’s cancer.

In the U.S., more than 66,000 new cases of uterine body cancer and almost 13,000 deaths are expected this year. The five-year survival rate for metastatic endometrial cancer (stage IV) is about 17%.

“The positive results seen in KEYNOTE-775/Study 309 help confirm the currently approved use of the Keytruda plus Lenvima combination in certain patients with advanced endometrial carcinoma,” said Takashi Owa, Chief Medicine Creation Officer and Chief Discovery Officer, Oncology Business Group at Eisai. “As this stage of disease has been notoriously difficult to treat, Eisai and Merck remain committed to addressing the unmet need of advanced endometrial carcinoma. We are grateful to the patients and healthcare providers whose participation and persistence amid a global pandemic have made this milestone possible.”