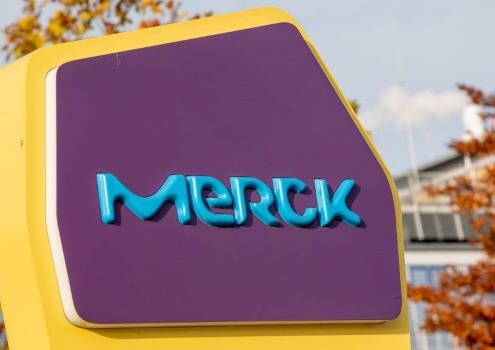 Xevinapant is the first Inhibitor of Apoptosis Proteins antagonist to secure Breakthrough Therapy status from the U.S. Food and Drug Administration (FDA) for previously untreated locally advanced squamous cell carcinoma of the head and neck, in combination with current standard of care. Merck KGaA believes xevinapant has the potential to become a first-in-class treatment for this indication.

A recent Phase II study showed that xevinapant plus chemoradiotherapy reduced risk of death by 51% compared to standard of care in this patient population. Xevinapant is currently being investigated in the pivotal Phase III TrilynX study for previously untreated high-risk locally advanced squamous cell carcinoma of the head and neck (LA SCCHN), in combination with platinum-based chemotherapy and standard fractionation intensity-modulated radiotherapy.

Head and neck cancer is the sixth most common cancer type across the globe. LA SCCHN is a highly debilitating disease that can lead to impaired breathing, swallowing and speech as it progresses. Despite standard of care CRT, at least 40% to 60% of patients with LA SCCHN develop locoregional or distant relapses, which are usually detected within the first two years of treatment, underscoring the need to identify new therapeutic approaches. 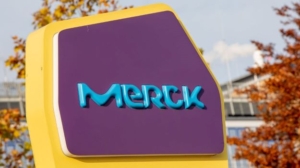 Peter Guenter, a member of Merck KGaA’s executive board and chief executive officer of the Healthcare division, said his company’s experience in head and neck cancer will be aimed at the development of xevinapant in this indication.

“We have the opportunity to explore an important new treatment option in an area of high unmet need where other approaches, including immunotherapy, have seen limited success,” he said in a statement. “The promising long-term efficacy of xevinapant in the Phase II clinical study suggests that antagonism of IAP has the potential to be a transformative approach in this cancer. We will build on this strong proof of concept, shown in Debiopharm’s robust clinical program for xevinapant, as we continue to develop this potential new standard of care.”

The Phase II data showed the addition of xevinapant to standard-of-care CRT provided a statistically significant 21% point improvement in locoregional control rate at 18 months, which was the primary endpoint of the study. In addition to the primary endpoint, xevinapant also demonstrated a significant progression-free survival benefit compared to placebo. At three years of follow-up, xevinapant plus CRT showed a statistically significant 51% reduction in the risk of death versus placebo plus CRT. About two-thirds of patients in the xevinapant arm were alive at three years, compared with 51% in the control arm.

Pointing to Merck’s success in head and neck cancer, Bertrand Ducrey, chief executive officer of Switzerland-based Debiopharm, said the company is the “partner of choice” to leverage the Phase II data and “make xevinapant a transformative therapy for cancer patients.” The data for xevinapant to date demonstrate an extremely important potential to improve the standard treatment for patients with head and neck cancer, he added.

In addition to the upfront payment, Debiopharm is also eligible for up to €710 million in milestone, as well as royalty payments under terms of the deal that grant Merck KGaA worldwide rights to the asset.