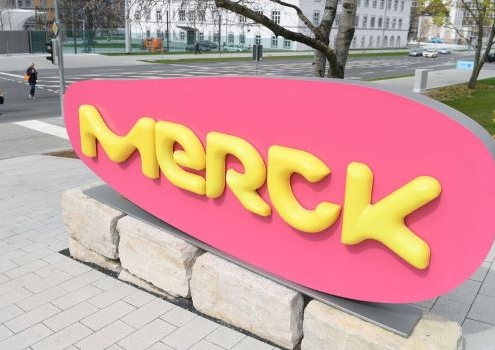 The COVID-19 pandemic pushed a lot of researchers and biopharma companies to investigate a wide variety of drugs, approved and investigational, to determine if they might have some effect against the infectious disease. One such example of a drug that is showing promise for both cancer and COVID-19 is berzosertib, which is licensed by Merck KGaA, Darmstadt, Germany.

A research collaboration among UCLA investigators and Merck KGaA, has pointed to the drug as showing promise for COVID-19. It is also being touted for its unusually broad effect in treating a range of cancers.

Berzosertib blocks a key DNA repair protein, ATR. ATR stands for ataxia telangiectasia and Rad3-related kinase. In cancer, it is being tested in patients who haven’t responded to other drugs that target cancer cells’ DNA damage repair systems. This DNA damage is one of the root causes of cancer, but also results in a fundamental weakness in tumors. If you can further damage their DNA or attack their ability to repair the DNA, it should be possible to slow cancer growth or stop it entirely. 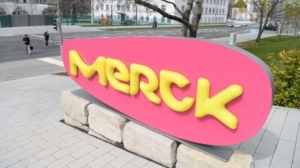 In COVID-19, in laboratory assays, they found berzosertib effectively blocked SARS-CoV-1’s ability to replicate while not causing significant harm to cells. The research was published in the journal Cell Reports.

“Currently, there are no effective small-molecule drug therapies against COVID-19,” said Gustavo Garcia Jr., the study’s first author and a UCLA staff research associate. “This study identified a new potential therapy that could help the global fight against COVID-19 and support populations that have been disproportionately affected by this deadly disease.”

In their research, the drug consistently halted SARS-CoV-1 replication. They also tested it against the coronaviruses that cause SARS and MERS, and it worked against those viruses as well.

“This is a chance to actually find a drug that might be broader in spectrum, which could also help fight coronaviruses that are yet to come,” said Robert Damoiseaux, a UCLA professor of molecular and medical pharmacology and of bioengineering.

Although that certainly sounds promising, in cancer it is being discussed as a possible “universal drug to cure cancer.” Berzosertib doesn’t directly destroy cancer cells—traditional cancer therapy is still needed—but by adding berzosertib, the data to date suggests that the odds of success go up significantly.

In a Phase I trial, more than half of the 40 patients who received berzosertib found their tumor growth stopped. A Phase I trial is rather early to make those kind of conclusions, and it’s a very long way from hitting the market, but the Phase I trial did include patients with very advanced tumors, a notoriously difficult patient population, and the drug combination seemed to help.

In the study, a patient’s advanced bowel cancer is now cancer-free after two years; another with ovarian cancer had her tumors shrink after the combination therapy.

Chris Lord, professor of cancer genomics at the Institute of Cancer Research (ICR), which ran the study with the Royal Marsden NHS Trust, said the early signs were “very promising,” and that it was unusual to see a clinical response in a Phase I trial.

Darius Widera, a professor at the University of Reading, told the BBC, “This study involved only small numbers of patients…. Therefore, it is too early to consider berzosertib a game changer in cancer treatment. Nevertheless, the unusually strong effects of berzosertib, especially in combination with conventional chemotherapy, give reasons to be optimistic regarding the outcomes of follow-up studies.”

Damoiseaux  said, “Kinase inhibitors are very frequently standalone cancer treatments, and not all single-agent kinase inhibitors are well tolerated. By contrast, berzosertib is not a standalone treatment and has very limited effects on cell health was used on its own. It may be worthwhile for researchers to run clinical trials to find out whether cancer patients in particular might profit from this drug as a COVID-19 treatment.”