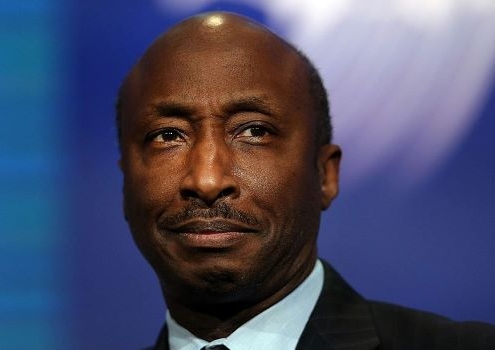 Merck announced the U.S. Food and Drug Administration (FDA) had accepted its Biologics License Application (BLA) for V114, its 15-valent pneumococcal conjugate vaccine, for priority review. This coincided with the JP Morgan Annual Healthcare Conference where, as usual, the company’s chief executive officer, Ken Frazier, was questioned on how the company was preparing for loss of patent protection for its uber-blockbuster checkpoint inhibitor, Keytruda (pembrolizumab).

The BLA for V114 has a target action date of July 18, 2021. It is also being reviewed by the European Medicines Agency (EMA). The BLA and priority review are built on data from Phase II and III clinical trials in adults, including healthy adults and ones at increased risk, such as HIV patients, people with chronic medical conditions, and people 65 years of age and older.

“Invasive pneumococcal disease in adults is on the rise in many countries, driven by highly-invasive serotypes including serotype 3, which is included in the currently licensed pneumococcal conjugate vaccine, as well as serotypes not included, such as serotypes 22F and 33F,” said Roy Baynes, senior vice president and head of global clinical development, chief medical officer, Merck Research Laboratories.

In the other news, Frazier downplayed the company’s concerns over patent protection for Keytruda. The drug’s sales grew from $55 million in 2014 to $7.2 billion in 2018, and are projected to rake in $24.3 billion in 2026, according to EvaluatePharma. 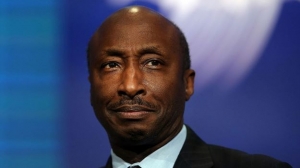 “The concerns around the Keytruda (loss of exclusivity), although they’re valid, I think they’re a little bit overstated,” Frazier said at the JP Morgan conference, having earlier said that “we see it as not as big an issue as I think some investors may see it.”

The questions about this at JP Morgan typically revolve around what mergers and acquisitions the company may make to bolster their pipeline in preparation for sales losses if and when biosimilars to Keytruda hit the market. Frazier, speaking on the M&A activity, said the company needs “to continue to focus on getting the best external science we can, both in oncology and outside oncology, to diversify our portfolio, and we’re going to continue to focus on that.”

And Frazier defends the company, noting that Merck had 120 deals in 2020 alone, but none of them are the type of big, transformational deals major shareholders are apparently looking for.

“I think what people are saying is, “We’d like to see you do something bigger and later-stage,” Frazier said.

And he may have been referring to Gilead Sciences’ $21 billion acquisition of Immunomedics when he noted that biopharma deals have had “very large prices” and that, “Right now, biotech’s at an all-time high. If you’re going to try to acquire those assets right now, you’re going to pay a very steep price, and then a premium on top of it. And on top of that, anytime somebody’s going after something, it turns into a bidding war.”

Merck is also working on various coformulations, combinations and dosing regimens for Keytruda to extend its patent life.

In his presentation at JPM, Frazier noted the company’s key growth drivers, Keytruda, Levima, Lynparza, animal health, and their expectations for growth for Gardasil after a slow start.

“The good news for us is, as we look at that portfolio and what’s coming behind it, we feel that our revenue growth prospects still remain underappreciated between now and 2024. We are also increasingly having a better line of sight to what’s coming through our pipeline, both before the Keytruda LOE (loss of exclusivity) and after the Keytruda LOE. So we continue to feel good about that. We have the firepower to do business development.”