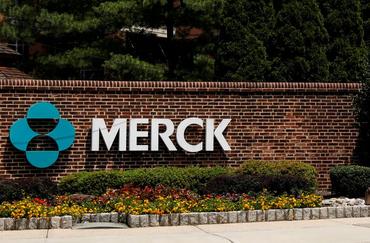 The partnership, as well as other steps the government is taking to assist J&J, will allow the company to accelerate delivery of 100 million vaccine doses by around a month, according to the U.S. Department of Health and Human Services (HHS).

Biden said his administration has now secured enough vaccine for every adult in the United States to be vaccinated by the end of May.

“One of the things that I learned when I came into office was that Johnson & Johnson was behind in manufacturing and production,” Biden said. “It simply wasn’t coming fast enough. So my team has been hard at work to accelerate that effort.”

He said the U.S. government had invoked the Defense Production Act to help equip two Merck plants to make the J&J vaccine.

These actions will ultimately double J&J’s U.S. ability to produce vaccine substance and increase its fill-finish capacity, where the product is put into vials and readied for shipping, HHS said.

“We expect this manufacturing arrangement will enhance our production capacity so that we can supply beyond our current commitments,” J&J said in a statement.

Merck Chief Marketing Officer Mike Nally said his company was waiting on specialized equipment to begin producing the vaccine, but the plant where it will finish J&J’s vaccine and put it into vials could be operating within a few months.

“That production capacity won’t yield doses most likely until the second half of this year, towards the end of the year,” Nally said in an interview, explaining that there is a longer lead time for the equipment needed to make the drug substance.

Nally did not say how many doses Merck would be able to produce for J&J. He said Merck was using half the production capacity it would have used to make a billion doses of its own vaccines, but noted that every vaccine technology has distinctive production characteristics.

An increased supply of the J&J vaccine sooner would speed the U.S. vaccination effort considerably, because you can inoculate twice as many people with the same number of shots. The other two U.S.-authorized vaccines produced by Pfizer Inc with partner BioNTech and Moderna Inc both require two shots a few weeks apart.

Under its contract, J&J was supposed to deliver 12 million doses by the end of February, but had less than 4 million ready to ship when the vaccine was authorized on Saturday.

It expects to be able to deliver another 16 million doses by the end of this month – still well short of its previous commitments – but will not ship any next week. The next shipments are waiting on regulatory approval of new manufacturing operations run by its partner, contract drugmaker Catalent Inc.

Merck’s collaboration with New Jersey neighbor J&J comes after Merck scrapped development of its own COVID-19 vaccine candidates in January. Merck last month said it was working on a deal to open up its manufacturing capacity to other vaccine makers. 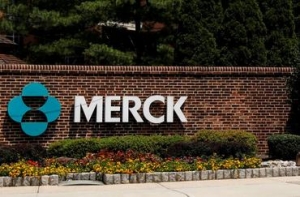 FILE PHOTO: The Merck logo is seen at a gate to the Merck & Co campus in Linden, New Jersey, U.S., July 12, 2018. REUTERS/Brendan McDermid

Merck said on Tuesday it will also receive up to $268.8 million from the Biomedical Advanced Research and Development Authority (BARDA), a U.S. agency charged with developing drugs and vaccines. The funding is intended to help it to adapt and make available a number of its plants for COVID-19 vaccine and medicine production.

The partnership is the latest example of large drugmakers working together to help produce COVID-19 vaccines to meet global demand. Swiss drugmaker Novartis signed an agreement in January to fill vials for the Pfizer/BioNTech shot, while French drugmaker Sanofi SA will help fill and pack millions of doses of Pfizer’s vaccine starting in July.