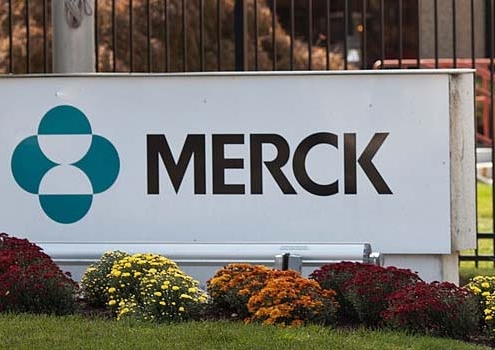 Merck’s checkpoint inhibitor Keytruda (pembrolizumab) proved itself effective in yet another cancer indication. This time, the company announced positive results from the pivotal Phase III KEYNOTE-355 trial of Keytruda in combination with chemotherapy in patients with metastatic triple-negative breast cancer (mTNBC) whose tumors expressed PD-L1. The trial met one of its dual primary endpoints, progression-free survival (PFS).

An independent Data Monitoring Committee (DMC) ran interim analysis on the trial, showing that first-line treatment with Keytruda with nab-paclitaxel, paclitaxel or gemcitabine/carboplatin had a statistically significant and clinically meaningful improvement in PFS compared to chemotherapy alone. The DMC recommended the trial continue without changes to evaluate the other dual primary endpoint, which is overall survival (OS).

“Triple-negative breast cancer is an aggressive malignancy,” said Roger M. Perlmutter, president, Merck Research Laboratories. “It is very encouraging that Keytruda in combination with chemotherapy has now demonstrated positive results as both a first-line treatment in the metastatic setting with this trial, and as neoadjuvant therapy in the KEYNOTE-522 trial. We look forward to sharing these findings with the medical community at an upcoming congress and discussing them with the FDA and other regulatory authorities.”

KEYNOTE-355 is a randomized, two-part Phase III trial. Part 1 was open-label and looked at the safety and tolerability of Keytruda with either nab-paclitaxel, paclitaxel or gemcitabine/carboplatin in 30 patients. Part 2 was double-blinded, with dual primary endpoints of OS and PFS in all participants as well as in participants whose tumors expressed PD-L1. Secondary endpoints include objective response rate (ORR), duration of response (DOR), disease control rate (DCR) and safety.

KEYNOTE-355 Part 2 enrolled 847 patients who had been randomized to be given Keytruda on day 1 of each 21-day cycle plus one of the three chemotherapy agents or placebo plus the chemotherapy drugs.

TNBC is a particularly aggressive form of breast cancer. It has a high recurrence rate within the first five years after diagnosis. The triple-negative refers to testing negative for all three hormone receptors, estrogen receptor, progesterone receptor and human epidermal growth factor receptor 2 (HER2). Many cancer therapies target one or more of these hormone receptors, and this lack of all three makes it difficult for therapies to target the cancer. TNBC affects about 15-20% of breast cancer patients.

This is the first clinical trial update since the company’s 2019 full-year and fourth-quarter financial update. And notably, it was at the report that the company announced it is spinning off products from its Women’s Health, Legacy Brands, and Biosimilars businesses. It plans to launch a new, independent, publicly traded company to handle those products. No name for the new company has been announced.

“Over the past several years, we have purposefully shifted the focus of our efforts and resources to our best opportunities for growth,” said Kenneth C. Frazier, chairman and chief executive officer of Merck.

Those key pillars are Oncology, Vaccines, Hospital and Animal Health. And it’s clear that the foundation of the Oncology pillar is Keytruda.

The new company will decrease Merck’s Human Health manufacturing footprint by about 25% and the number of Human Health products by about 50%.

On the Women’s Health front, the new company will lead with its Nexplanon (etonogestrel implant) franchise and its contraceptive and fertility businesses.

The Biosimilars will work with its partner Samsung Bioepis Co., Ltd., and includes Renflexis (infliximab-abda) and Brenzys (etanercept) in immunology, and Ontruzant (trastuzumab-dttb) in oncology.

For its Legacy Brands, the company has a large portfolio of products in dermatology, pain, respiratory, and cardiovascular. These include Zetia (ezetimibe) and Vytorin (ezetimibe/simvastin) and the rest of Merck’s Diversified Brands.

Merck notes that the new company’s footprint will generate about 75% of sales outside the U.S. and have about 10,000 to 11,000 employees. It will likely be headquartered in New Jersey.

“By optimizing our human health portfolio,” Frazier said, “Merck can move closer to its aspiration of being the premier research-intensive biopharmaceutical company, while also properly prioritizing a set of products at NewCo that are important to public health and the patients who rely on them, and which present real opportunities for growth.”