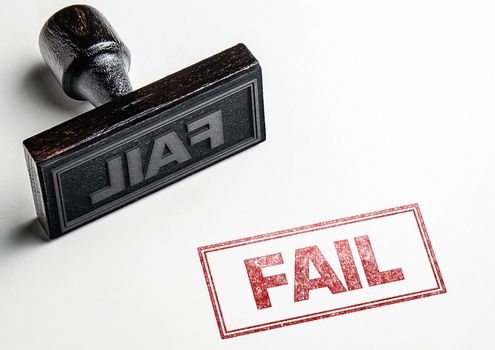 Shares of Mesoblast Limited are down more than 30% in premarket trading following the company’s disappointing announcement late Thursday regarding its stem-cell therapy trial in ventilator-dependent patients with COVID-19 patients who have moderate to severe acute respiratory distress syndrome.

Following a third interim analysis performed by the Data Safety Monitoring Board (DSMB) on the trial’s first 180 patients, Mesoblast said the study is not likely to meet the primary endpoint of 43% reduction in mortality following 30 days of treatment with remestemcel-L. This projected mortality reduction was based on pilot data observed during the initial stages of the pandemic when control mortality rates were exceedingly high and prior to new evolving treatment regimens that have reduced disease mortality in ventilated patients, Mesoblast said in its announcement.

Remestemcel-L is an investigational therapy containing culture-expanded mesenchymal stromal cells derived from the bone marrow of an unrelated donor. It is thought that remestemcel-L could have immunomodulatory properties capable of counteracting the cytokine storms associated with various inflammatory conditions, including COVID-19.

Less than one month ago, Novartis tied up with Mesoblast on the development of remestemcel-L. The two companies forged a collaboration worth up to $1.35 billion. In addition to ARDS associated with COVID-19, the companies intended to investigate the asset in other forms of ARDS.

Mesoblast initially hoped to enroll 300 patients in the study, but that will not happen now. The DSMB recommended the trial conclude with the currently enrolled 223 patients.

The company said over the course of the ongoing pandemic, which has entered its 10th month in the United States, there have been numerous changes in the treatment regimen for COVID-19 patients, including those on mechanical ventilation. Those changes include management of patients prior to ventilator support, and use of experimental therapies such as dexamethasone, anti-virals, and re-purposed immunomodulatory agents.

“All of these may have changed the natural course of ventilated patients and reduced overall mortality rates during the trial compared to the early stages of the pandemic,” Mesoblast said.

Although the primary endpoint will not be achieved, Mesoblast noted that secondary endpoints, including number of days alive off mechanical ventilation, overall survival, days in intensive care and duration of hospitalization stay cannot yet be determined. Additionally, measures of circulating cytokines and inflammatory markers remain to be evaluated. Mesoblast, which partnered with Novartis on this study, said those endpoints will be evaluated at the conclusion of the study. Mesoblast and Novartis will both analyze these results to identify meaningful clinical outcomes that may guide decisions on the future developmental program for remestemcel-L in non-COVID ARDS.

Thursday’s announcement was the second blow this week for Mesoblast and another therapy, rexlemestrocel-L. On Monday, the company announced the stem cell therapy failed to hit its primary endpoint in a Phase III heart failure study.

“Despite significant reduction in the pre-specified endpoint of cardiac death, there was no reduction in recurrent non-fatal decompensated heart failure events, which was the trial’s primary endpoint. This suggests that rexlemestrocel-L reduces mortality by mechanisms that are distinct from those of existing drugs that reduce hospitalization rates but do not significantly impact cardiac mortality,” the company said Monday.