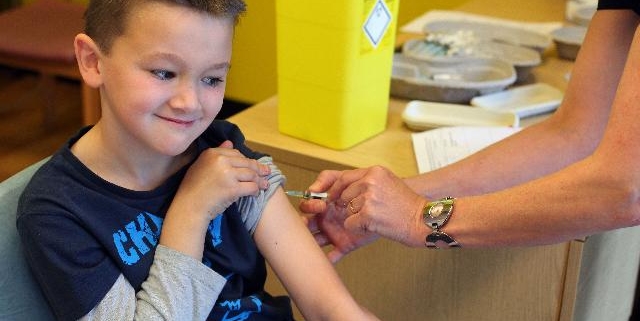 You might have thought scientists were done studying the MMR (measles mumps rubella) vaccine and autism. After all, numerous studies show no link between the two. But the anti-vaccine advocates who cling to the falsehood that any link might exist have frequently moved the goalposts, and one of their arguments is that the vaccine might “trigger” a developmental disability only in certain children who are already susceptible to it.

Therefore, in the seemingly never-ending quest to assure parents of the vaccine’s safety, researchers studied more than 95,000 children to find out if those at higher risk for developing autism were any more likely to develop the disability if they had received the MMR vaccine.

“This study has been long awaited in the autism community – a retrospective look at families where the older sibling has ASD and the parent either does or does not vaccinate the younger child,” said Dr. Paul Offit, director of the Vaccine Education Center and a pediatrician in the Division of Infectious Diseases at The Children’s Hospital of Philadelphia. “The benefit of this study is that the second child is at higher risk for autism, which makes for a more powerful study. ”

In fact, in the raw analysis of the study published in JAMA today, the likelihood of developing autism was actually lower for those at-risk children if they received the vaccine, though that finding was not statistically significant and no one would suggest that vaccination reduces autism risk. What vaccination reduces is disease, the kinds that can disable and kill children and the kind that is even more likely to cause serious complications in children with neurological conditions.

“In addition to providing further evidence of vaccine safety, specifically MMR, this study dispels another myth: namely, that there’s a subset of children who are somehow genetically or biologically predisposed to have an adverse reaction to MMR,” said Dr. Mark Schleiss, a pediatric infectious disease physician at the University of Minnesota. “This is very useful because it provides parents with more reassurance about vaccinating children with neurodevelopmental issues – children who are particularly vulnerable to many vaccine-preventable diseases – and their siblings.”

The vaccination rates for the first dose were 84% at 2 years old for the children with non-autistic siblings and 73% at 2 years old for children with autistic siblings. When the researchers compared vaccinated and unvaccinated children, both those who did and did not have an older autistic brother or sister, they found no increased risk for the disability among any of the children.

“The findings were what one would expect,” Offit said. “Therefore, the choice not to vaccinate the younger child didn’t decrease the risk of ASD. It only increased the risk of contracting measles, mumps or rubella. ”

Although the study’s findings might have been expected by those in the field and anyone who has followed the research, the research still cost money, and those funds, which came from the National Institutes of Health and a handful of major universities, might have gone to any number of other projects.

“Unfortunately, precious resources were invested in proving what we already knew – that MMR vaccine is safe and doesn’t trigger autism – because of the sham and fraud promulgated by Wakefield,” Schleiss said. “We must now focus those resources on legitimate scientific hypotheses about autism.” 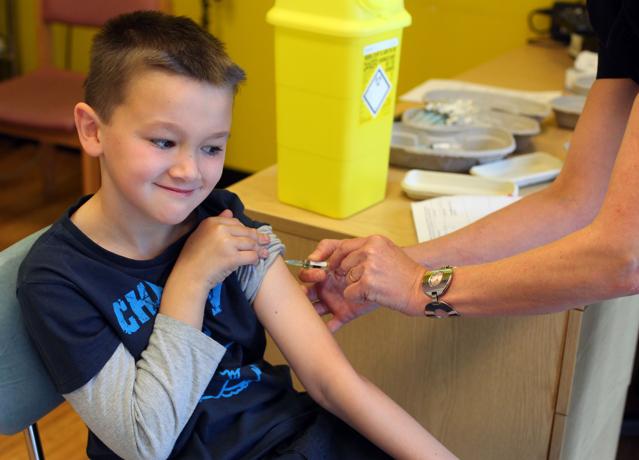 Researchers also need to keep studying the measles disease and vaccine, he said, but not because of any possible link to autism. “It’s now unequivocally proven that MMR vaccine is not associated with autism spectrum disorders,” he said. But measles is still a threat across the world, killing hundreds of thousands of children, and the Disneyland outbreak last winter showed once again how highly contagious the disease is. “The research needs to focus on making measles vaccines easier to deliver, particularly in the developing world,” he said. As the Mayo Clinic’s Gregory Poland has said before, researchers can always work to make a better measles vaccine. Developing a better aerosol vaccine like the one described here yesterday might be an effective use of funds as well.

In other words: the MMR vaccine and autism have nothing to do with one another for any child at any time in any place in any universe. The science is settled on this point. But that doesn’t mean the fear will vanish from all parents’ minds.

“Unfortunately, there will still be parents who have reservations about vaccines, but I don’t blame parents – they are only trying to do the best they can for their children,” Schleiss said. “I am more concerned about the financial forces driving the anti-vaccine agenda. Behind every anti-vaccine web site there’s someone looking to make a buck – by selling chelators, vitamins, creams, salves, natural foods, raw milk, nutritional supplements, secretin, electrostimulation, spinal adjustment, books, tapes and video. Fading Hollywood celebrities seek to revive their careers, and proponents of “alternative vaccine strategies” seek celebrity status and write best-sellers. They are preying on vulnerable, resource-limited families who are desperately seeking answers. It’s unconscionable, and no one’s talking about it.”