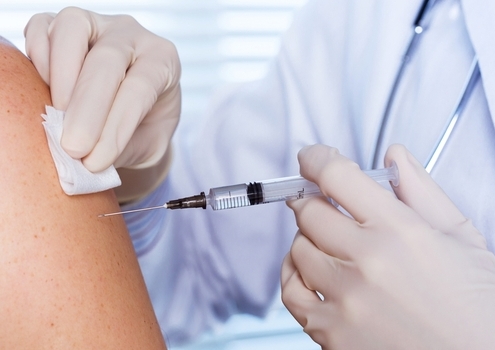 Cambridge, Massachusetts-based Moderna is largely ahead of the game in the U.S. for developing a vaccine against COVID-19. On May 20, the company released positive interim Phase I data from its clinical trial of mRNA-1273. Yesterday, Anthony Fauci, director of the U.S. National Institute of Allergy and Infectious Diseases (NIAID), which is collaborating on the vaccine with Moderna, told the editor of the technical journal JAMA that the vaccine’s Phase III trial is expected to launch in July. It will evaluate 30,000 patients ranging in age as 18 years and include the elderly.

Moderna’s vaccine uses unproven technology, mRNA. No therapy or vaccine has been approved based on the technology yet. Messenger RNA (mRNA) delivers the genetic code to the ribosomes where the protein is manufactured. In the Moderna vaccine, which is similar to a gene therapy, the mRNA codes for the virus’s Spike (S) protein. The patient’s cells then manufacture the S protein, which triggers the body’s immune system to recognize the virus itself.

The interim data released on May 20 was overall positive, although not without its critics, who believe the data was very early and incomplete. At that time the data was only two weeks old.

The Moderna press release also indicated that the antibody levels observed were equal to or greater in the 100 ug dose than was seen in patients who recovered from COVID-19. There’s not much context here, because studies on recovered COVID-19 patients have shown a range that is potentially influenced by the severity of the disease. For example, John “Jack” Rose, a Yale University vaccine researcher told STAT about a study in China demonstrating that in 175 recovered COVID-19 patients, 10 had no detectable neutralizing antibodies, while others had very high antibody levels.

Of the Phase III trial, Fauci indicated that the majority of trial participants will be between the ages of 18 and 55, but will include elderly Americans that are most at risk of serious illness from COVID-19.

“We are preparing the sites for the Phase III study,” he told Howard Bauchner, editor of JAMA. “The real business end of this all is the Phase III trial that starts in the first week in July.”

He also pointed out that NIAID, the federal government and Moderna and other companies developing vaccines against COVID-19 are scaling up manufacturing and producing vaccines in a gamble that the vaccines will be safe and effective.

“We are going to start manufacturing doses of the vaccines way before we even know the vaccine works,” Fauci said. “We may know whether it’s efficacious by November or December. By that time, we hopefully would have close to 100 million (doses).”

If the vaccine is safe and effective, they could have “a couple hundred million” doses available in early 2021. Of course, if it turns out to be a dud, they will have invested millions of dollars in a product that will have to be discarded.

Although Moderna’s vaccine is the leader in development, Fauci noted that several other companies, including AstraZeneca, which is working with the University of Oxford, are also developing potentially effective and safe vaccines. “There’s an array of at least four and possibly five trials that I am aware of and directly or indirectly involved in.”

President Trump’s Operation Warp Speed has a goal of manufacturing 100 million doses of a vaccine against COVID-19 by November, 200 million by December and 300 million by January 2021. This timeline doesn’t quite seem to match up with Fauci’s statements, and the timeline depends on everything going right, which is not a given. Operation Warp Speed has reduced a possible 93 vaccine programs to 14 top candidates, with expectations they will be further narrowed to six or eight.

Yesterday, Emergent BioSolutions, a contract development and manufacturing organization (CDMO), announced it had entered a public-private partnership under Operation Warp Speed worth about $628 million. Emergent will handle domestic production of leading COVID-19 vaccine candidates through 2021.

In a recent poll by the Washington Post-ABC News, 7 in 10 Americans indicated they would take a vaccine against COVID-19 if they were free and available to everyone. It had a political divide, however, with slightly more than 8 in 10 Democrats reporting they would definitely or probably get the vaccine, while slightly less than 6 in 10 Republicans said they would. Independents were somewhere in between.

About 15% of those polled said they would not get vaccinated, even if it is free and available to everyone. Among Republicans, that was claimed by 24%. Half of those said they do not trust vaccines in general and about a quarter of that group said a vaccine isn’t necessary in this case.