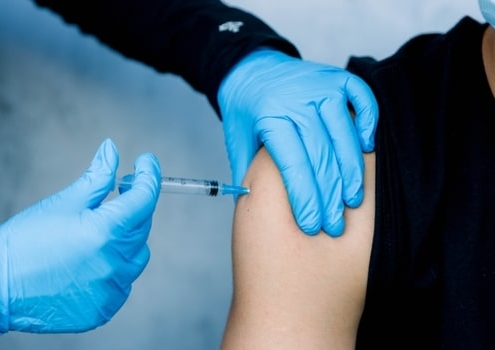 The U.S. Food and Drug Administration (FDA) granted Moderna’s COVID-19 vaccine Emergency Use Authorization (EUA) on Friday night. The company and Operation Warp Speed began distribution of the vaccine through McKesson, along with United Parcel Service and FedEx, over the weekend. The first vaccinations are expected today.

Vaccinations with the Pfizer-BioNTech vaccine began in the U.S. last week. Initial vaccinations of both products are in health care workers and long-term care patients, with a goal of about 20 million people to be vaccinated by the first week of January.

As of today, more than 556,000 doses of the Pfizer-BioNTech have been administered in the U.S. out of about 2.8 million doses that have been distributed to facilities.

“This is also really an incredible feat,” said Amanda Cohn, executive secretary for the U.S. Centers for Disease Control and Prevention (CDC)’s Advisory Committee on Immunization Practices. “We are hopeful that they will continue to increase production, as well as potentially have new products early next year.”

The Moderna vaccine and the Pfizer-BioNTech vaccine use very similar technology, a piece of mRNA that codes for a segment of the coronavirus’s spike “S” protein. The mRNA is encapsulated in a tiny fat molecule called a nanolipid particle. When it is injected into the body, it tells the cells to churn out the S protein, which programs the body’s immune system to identify and destroy the virus if it comes into contact with it. Both vaccines have demonstrated efficacy in clinical trials ranging from about 94 to 95%.

The Pfizer-BioNTech vaccine requires extremely cold temperatures for storage, about -94 degrees F, while the Moderna vaccine is stable at 36 to 46 degrees F, about the temperature of a standard home or medical refrigerator, for up to 30 days and can be stored for up to six months at -4 degrees F.

“Moderna can go to more places,” Mandy Cohen, North Carolina’s secretary of health and human services, stated last week. “We hope to be in all 100 counties with some amount of vaccine—small allocations at first—by the end of next week, assuming Moderna gets approved this week and we get our allocations delivered over the course of next week.” 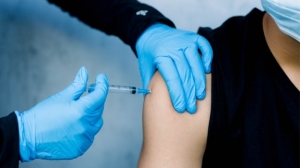 Pfizer-BioNTech had original plans to roll out 100 million vaccines globally by the end of this year, but are now saying 50 million. They still believe they can manufacture about 1.3 billion in 2021, enough for about 650 million people. The downgrade of this year’s 100-million-dose goal to 50 million was caused by supply-chain issues.

Moderna has said it believes it will have 20 million doses—enough for 10 million people—available by the end of the year and should be able to produce between 500 million and 1 billion doses in 2021.

There were remarkably few problems with the initial rollout last week, although there were some, largely related to a miscommunication between Project Warp Speed and states over the number of doses to be delivered. Initially, the Trump administration blamed Pfizer, while Pfizer returned fire, saying that they had vaccines in warehouses just waiting to be told where to be delivered.

Over the weekend, General Gustave Perna, who is leading Operation Warp Speed, took responsibility for the confusion. “I want to take personal responsibility for the miscommunication,” he said in a telephone briefing with reporters. “I know that’s not done much these days. But I am responsible. … This is a Herculean effort and we are not perfect.”

There have been a few reports of allergic reactions to the Pfizer-BioNTech vaccine, both in the UK, where dosing began two weeks ago, and in the U.S. All the patients have recovered. The CDC has issued guidelines for potential management of anaphylaxis at vaccination sites, suggesting that they should take into consideration the patient’s history of severe allergic reactions, and having all people wait at least 15 minutes after receiving the vaccine, and for people with a history of allergic reactions to wait at the site for 30 minutes. They also suggest vaccine sites should have the appropriate emergency equipment immediately available, including epinephrine, antihistamines, and oxygen.