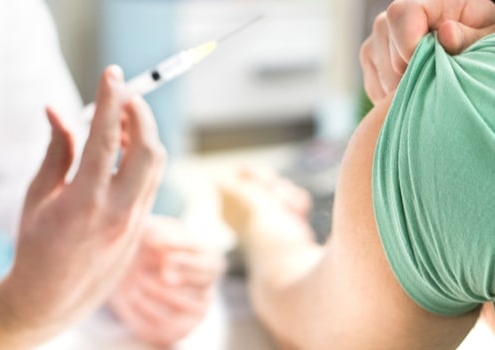 In mid-May, Moderna released positive interim data from its Phase I trial of mRNA-1273, its mRNA vaccine against SARS-CoV-2, the virus that causes COVID-19. It was in a press release and although the company shares rocketed, critics immediately took aim at what they felt was a lack of data.

But now Moderna and researchers involved in the study from the National Institute of Allergy and Infectious Diseases (NIAID) and clinical trial centers published the data in The New England Journal of Medicine. The bottom line was the trial showed promising safety and immune response in all the patients involved in the trial.

The interim analysis was of a two-dose vaccination schedule given 28 days apart at three different dose levels, 25, 100 and 250 micrograms in 45 healthy adults ranging in age from 18 to 55 years. The data published was on results through Day 57.

“These Phase I data demonstrate that vaccination with mRNA-1273 elicits a robust immune response across all dose levels and clearly support the choice of 100 microgram in a prime and boost regimen as the optimal dose for the Phase III study,” said Tal Zaks, Moderna’s chief medical officer. “We look forward to beginning our Phase III study of mRNA-1273 this month to demonstrate our vaccine’s ability to significantly reduce the risk of COVID-19 disease.”

The company’s Phase II trial of the study, with two cohorts, healthy adults ages 18-55 years and older adults ages 55 years and above, are fully enrolled. That study is a placebo-controlled, dose-confirmation study focusing on patients receiving either a placebo, a 50-microgram or 100-microgram dose.

A much larger, 30,000-person Phase III trial has been approved by the U.S. Food and Drug Administration (FDA). It will use the 100-microgram dose for two doses with the primary endpoint being prevention of COVID-19 disease. Key secondary endpoints are prevention of severe COVID-19 and prevention of SARS-CoV-2 infection. This has been named the COVE study and sites will be initiated on July 21 with enrollment beginning July 27.

The Phase I trial was also evaluating the safety of the vaccine. The side effects were generally mild to moderate, including fatigue, chills, headache, muscle pain, and pain at the injection site. The authors of the study indicated there were “no trial-limiting safety concerns.” The more moderate side effects were typically observed in the higher dose of the vaccine, and typically more after the second dose.

In the study, about 80% described fatigue at the second 100-microgram dose, 60% reported headache, and 53% described muscle pain. They all went away in a day or two.

As important, all the patients receiving the vaccine developed neutralizing antibodies to the virus that was similar to what was observed in people who had naturally recovered from COVID-19. The study evaluated two specific types of immune responses.

“Those two types of responses support each other,” said Lisa Jackson, senior investigator at Kaiser Permanente Washington Health Research Institute in Seattle, who was involved in the study. “We know that the antibodies are being produced and it appears that there’s function after vaccination that serves to block the ability of the virus to enter cells. So it neutralizes the activity of the virus.”

Overall, this is very good news, although Paul Offit, a member of the National Institutes of Health panel that is creating a framework for vaccine trials in the U.S, told CNN, “What do we really want to know? We want to know whether the vaccine is safe and effective, that’s what we want to know.”

Of this current study, he said, “we know that it’s safe in 45 people, which is not going to be the 20 million people or 200 million people who are going to get it here in the United States. So we know that it doesn’t have a very common side effect problem, that’s what we know. Then we don’t know anything about efficacy, which is what we really want to know. Is this vaccine going to work? The only way to know that is to do a so-called Phase III trial.”

In an accompanying editorial, “The COVID-19 Vaccine-Development Multiverse,” Penny M. Heaton, chief executive officer of the Bill & Melinda Gates Foundation, wrote, “The speed with which this vaccine has been developed is remarkable—from the publication of the first SARS-CoV-2 sequences through Phase I in six months, as compared with a typical timeline of three to nine years. The rapid pace of development of vaccines against COVID-19 is enabled by several factors: prior knowledge of the role of the spike protein in coronavirus pathogenesis and evidence that neutralizing antibody against the spike protein is important for immunity; the evolution of nucleic acid vaccine technology platforms that allow creation of vaccines and prompt manufacture of thousands of doses once a genetic sequence is known; and development of activities that can be conducted in parallel, rather than sequentially, without increasing risks for study participants.”

The data seems to be about as positive as you’re likely to get from a Phase I clinical trial in a very small group of healthy individuals. The real question is will it protect from the virus in a much larger, diverse population in the real world. That’s going to require the additional trials and something that is extremely difficult to change—time.

Heaton noted, “The world has now witnessed the compression of six years of work into six months. Can the vaccine multiverse do it again, leading to a reality of a safe, efficacious COVID-19 vaccine for the most vulnerable in the next six?”

At this time, Moderna has manufactured enough of the 100-microgram dose to start the Phase III trial and indicates it is on track to deliver about 500 million doses per year, and potentially up to 1 billion doses annually starting in 2021 from its internal U.S. manufacture site and strategic collaboration with Switzerland’s Lonza. It has also announced a deal with Catalent for large-scale, commercial fill-finish manufacturing in Indiana. It also has a collaboration with ROVI for large-scale, commercial fill-finish of the vaccine in Spain for markets outside the U.S. in early 2021.

Hopefully the Phase II and III trials will continue to demonstrate that the vaccine is safe and effective.