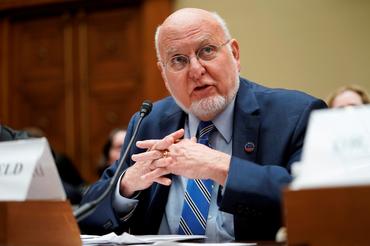 Most Americans to be vaccinated for COVID-19 by July, CDC chief expects

(Reuters) – A top U.S. health official told a U.S. Senate committee on Wednesday that he expects COVID-19 vaccinations to take place over many months and that most Americans could be vaccinated by July of 2021 at the latest.

U.S. Centers for Disease Control and Prevention head Robert Redfield said he expects there to be about 700 million doses of vaccines available by late March or April, enough for 350 million people. 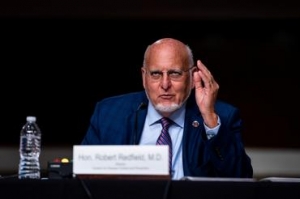 “I think that’s going to take us April, May, June, you know, possibly July, to get the entire American public completely vaccinated,” Redfield told the U.S. Senate Health, Education, Labor and Pensions Committee.

There is no vaccine for COVID-19 yet, but there are several in late stage trials here, including from Pfizer Inc PFE.N, Moderna Inc MRNA.O and Johnson & Johnson JNJ.N. Companies have begun manufacturing the vaccine in anticipation of a fast regulatory authorization once they are shown to work. 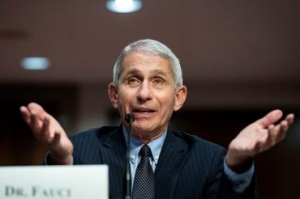 FILE PHOTO: Anthony Fauci, director of the National Institute of Allergy and Infectious Diseases, speaks during a Senate Health, Education, Labor and Pensions Committee hearing on efforts to get back to work and school during the coronavirus disease (COVID-19) outbreak, in Washington, D.C., U.S. June 30, 2020. Al Drago/Pool via REUTERS

Health officials and President Donald Trump have presented different views about when the vaccines will be ready for most Americans. The process for deciding how to distribute vaccines falls largely to the CDC.

Redfield said Operation Warp Speed, the government group with officials from the departments of Health and Human Services and Defense, will ultimately decide how to allocate the vaccines.

Senator Patty Murray, the highest ranking Democrat on the committee, pointed to some reported examples of Trump administration pressure on the health agencies, including FDA authorizations of hydroxychloroquine and convalescent plasma as treatments for COVID-19 and changes in the CDC’s guidance on testing for asymptomatic individuals.

“Any of these examples of political pressure would be alarming on their own. But together they paint a clear pattern of interference that is downright terrifying,” she said.

Redfield and Hahn defended their agencies against criticism of their handling of the pandemic, telling the committee they were using science as their guide, not politics. 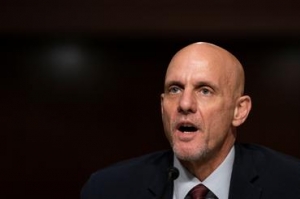 “FDA will not authorize, or approve, a vaccine that we would not feel comfortable giving to our families,” Hahn said.

Redfield said the agency’s change to guidance for testing for asymptomatic individuals with close contact to a COVID-19 positive person was poorly written. It has since been updated to make it clear that such individuals should get a test, he said.

The CDC will release new guidance on the role of aerosolized coronavirus in its spread, Redfield said. The agency took down a Sept. 18 update to its transmission guidance that mentioned airborne virus for the first time, as it lacked the needed technical review.

Redfield also said that based on an antibody testing study, about 90 percent of Americans are still vulnerable to the virus.