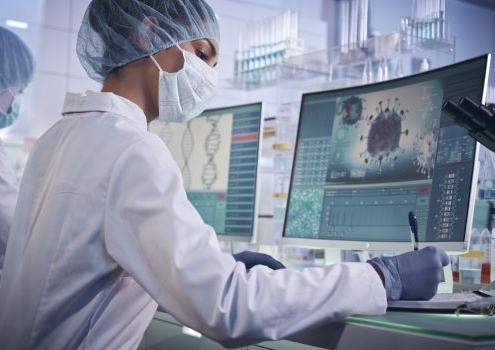 As a general rule, whatever health condition a person may have, COVID-19 makes it worse. But COVID-19 also causes certain conditions or is being implicated in their earlier onset. Type 1 diabetes and Parkinson’s disease are prime examples. Now, researchers report that the SARS-CoV-2 virus may also cause fetal inflammation, even when the placenta itself is not inflamed.

Nardhy Gomez-Lopez and colleagues at Wayne State University, publishing in Nature Communications, reported the link between the virus and fetal inflammation. The group also noted that pregnant women who were infected with the SARS-CoV-2 virus during pregnancy had a higher risk of severe illness resulting from the virus, as well as a higher risk of preterm birth, stillbirth and preeclampsia.

The researchers examined 23 pregnant women, 12 of whom tested positive for COVID-19. Of those, eight were asymptomatic, one had mild symptoms and three had severe symptoms. In comparing those with COVID-19 to those without the infection, the researchers noted changes in antibodies, immune cell types and inflammatory markers in maternal blood, umbilical cord blood and placental tissues among the COVID-19 group, regardless of whether the mothers were symptomatic or asymptomatic.

Specifically, the mothers with COVID-19 developed fewer T cells, developed antibodies against SARS-CoV-2 that were found in the umbilical cord blood and had more cytokines (specifically IL-8, IL-15 and IL-10) in their blood – regardless of symptoms.

“We found that in pregnant mothers who contract the virus, SARS-CoV-2 induces a fetal immune response even in the absence of placental infection or symptoms in the newborn,” Gomez-Lopez said in a statement. Their babies had an inflammatory response that was evidenced by higher levels of IL-8, even though the fetus did not have COVID-19. Likewise, although the SARS-CoV-2 virus was not present in the placentas, the placentas from infected mothers had altered ratios of immune cell types. 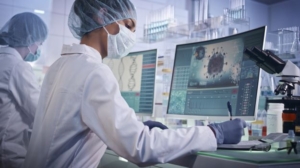 Although this study suggests that placental infections associated with COVID-19 are rare, pregnant women are at an increased risk of hospitalization, need for mechanical ventilation, intensive care admission and preterm birth, but not mortality, the researchers noted.

In other research, late last year Slav A. Semerdzhiev and colleagues from the University of Twente in the Netherlands showed, in vitro, that the SARS-CoV-2 virus causes early-onset Parkinson’s disease. The article, published in ACS Chemical Neuroscience, explained that this occurs when the SARS-CoV-2 N- protein interacts with a neuronal protein called α-synuclein, which then speeds the formation of amyloid fibrils. Those fibrils are a defining feature of Parkinson’s disease.

In that study, previously reported in BioSpace, aggregation began as early as 9 hours and generally peaked at about 20 hours, depending upon the concentration (which ranged from 0.1 µM to 1 µM) of N-protein injected into the 10 mM NaCl sample. Without the presence of the SARS-CoV-2 virus, aggregation began at 240 hours and peaked around 280 hours. This rapid acceleration of the formation of multiprotein complexes and their aggregation into amyloid fibrils indicates that “the N-protein facilitates the formation of a critical nucleus for aggregation,” the researchers concluded.

By mid-2021, it had become evident that the SARS-CoV-2 virus also caused – not accelerated – Type 1 diabetes. Notably, newly-diagnosed diabetic patients were at greater risk of death from COVID-19 than were known diabetics.

The National Institutes of Health cited two studies in which people developed type 1 diabetes after acute COVID-19 infections. As those studies reported, the SARS-CoV-2 virus can kill pancreatic beta cells (which produce insulin), impair their productivity and/or reprogram them.

Their insights show that the SARS-CoV-2 virus infects beta cells more frequently than other cells. Infection is related to the virus’s interaction with neuropilin, which is found in greater abundance on the surface of pancreatic beta cells than on other pancreatic cells. Blocking the interaction between SARS-CoV-2 and neuropilin prevented the virus from infecting the beta cells, and thus prevented people who contracted COVID-19 from also developing diabetes.

The study by Xuming Tang of Weill Cornell Medicine and colleagues, published in Cell Metabolism in 2021 detected the SARS-CoV-2 viral antigen in pancreatic beta cells taken from autopsy samples of people who had contracted COVID-19. “Multiple types of pancreatic islet cells were susceptible to SARS-CoV-2,” the researchers pointed out, but the presence of neuropilin on beta cells made them particularly susceptible. Such infection led to cellular stress and the induction of chemokines. As a result, the beta cells expressed less insulin but more alpha and acinar cell markers. Consequently, some of the beta cells produced glucagon (which increases blood sugar) rather than blood-sugar-lowering insulin.

Another study, by Chien-Ting Wu and colleagues, all of Stanford University, published in Cell Metabolism, also reported infection via the virus’s interactions with neuropilin. It furthermore found that infecting lab-grown cells with the SARS-CoV-2 virus-induced apoptosis, so the cells simply died.

What these and other studies show is that COVID-19 is more than a respiratory or pulmonary condition. It not only affects many regions of the body but has a role in actually causing the onset of other seemingly unrelated conditions. Therefore, despite the increasingly mild symptoms of some recent variations, COVID-19 still should be taken seriously.