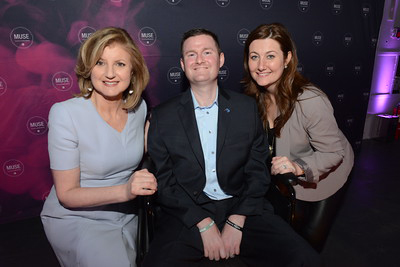 Klick Health staged its annual MUSE NYC event on March 31, 2016, at Center548 in the Chelsea Arts District of Manhattan. 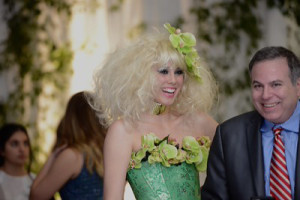 The unique and inspirational outing represents a unique blend of health, art, and technology. Adapted from the salons held during the Age of Enlightenment, MUSE is intended to inspire and celebrate breakthrough thinking in healthcare and technology. The MUSE series debuted during February 2015 in select U.S. cities: Boston, Chicago, New York, Philadelphia, and Toronto. One tweet (http://bit.ly/1nke3vt) from MUSE New York 2015 captured more than 230,000 impressions, almost 14,000 YouTube views as well as coverage on FOX News.

MUSE has been nominated as a finalist for a 2016 Manny Awards category, Best Self-Promotional Campaign. Manny Award finalist nominations were determined by an online voting body of presidents and chief creative officers representing more than 100 healthcare communications agencies, and additionally reviewed by a panel of experts dubbed “MedAdvocates.” The 27th annual Manny Awards will be held April 21 at Pier Sixty of Chelsea Piers in New York City.

Headlining the celebrity list of speakers was Arianna Huffington, one of TIME magazine’s 100 Most Influential People and Forbes Most Powerful Women. Ms. Huffington shared her life-altering story of how breaking her cheekbone in a fall brought on by exhaustion affected her outlook on success. She told the captive audience to get plenty of sleep and not to do so with their wireless device at their side as we have become too attached to them, including when we first wake up. Huffington’s health journey has resulted in her penning the New York Times Bestseller Thrive, The Third Metric to Redefining Success and Creating a Life of Well-Being, Wisdom, and Wonder.

“We were thrilled Arianna discussed how health issues caused her to reevaluate success and what it means to lead a fulfilling and meaningful life,” noted Klick Health CEO and MUSE Curator Leerom Segal. “Like all our speakers, she embodies the true meaning of inspiration and reminds us what’s really important.”

Two former MUSE speakers who were in the audience were given a special salute: ALS Ice Bucket Challenge co-founder Pat Quinn (@PQuinnfortheWin) and Stupid Cancer founder @Matthew Zachary. Michael Spitz, VP of Strategy for Klick Health, noted in his blog recap that the two 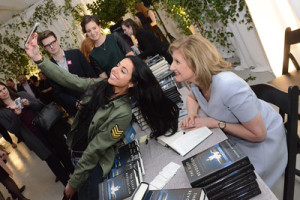 gentlemen are a testament to empowered patients who not only turn and fearlessly battle their conditions, but who also create advocate communities that provide countless resources and vast networks of emotional support. Celebrating the spirit of the MUSE, Matthew called the experience, “One of the most unique platforms I’ve had the opportunity to participate in – to share, influence, and disrupt the status quo.”

Klick MUSE NYC featured several cutting-edge technology installations for health. Attendees were able to view and control the movement of a holographic-like, 3D beating heart on a large flat screen using the motion of their body. Created by Klick Labs using Microsoft Kinect motion tracking technology and a 3D model of a human heart, this highly responsive, hands-free simulation installation provides live heart-rate telemetry and immersive 3D perspectives (front, side, even interior views) of the heart, based on the viewer’s location in relation to the screen.

Klick Labs showcased the next iteration of its virtual reality experience inside the human body. The demo combined Oculus Rift VR with a motion sensing system to demonstrate the biological mechanisms responsible for aging at the cellular level. Attendees could use their hands to manipulate biological structures, drift through clouds of antibodies, escape from endosomes, and explore cellular environments around the mitochondria to witness the latest anti-aging therapy theories in action.

The all-start lineup of health innovators and inspirational people at MUSE NYC 2016 included: 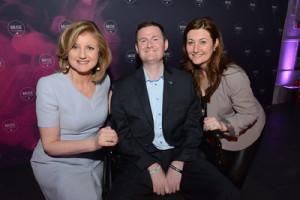 Arianna Huffington, co-founder, president and editor-in-chief of the Huffington Post Media Group, one of TIME magazine’s 100 Most Influential People and Forbes Most Powerful Women, and author of the New York Times Bestseller Thrive, The Third Metric to Redefining Success and Creating a Life of Well-Being, Wisdom, and Wonder;

Marc Edwards, Virginia Tech environmental engineering professor who, together with his students and residents of Flint, Mich., sounded the alarm on the city’s toxic drinking water crisis when no one else would listen;

Ron Fournier, nationally acclaimed political columnist and author of forthcoming Love That Boy, who took his autistic son on a journey to meet Presidents G.W. Bush and Clinton;

Claire Wineland, 18-year-old cystic fibrosis patient, advocate, and founder of Claire’s Place Foundation, who was named one of Seventeen Magazine’s “17 Power Teens” of 2016;

Dan White, celebrity magician as seen on The Tonight Show with Jimmy Fallon.