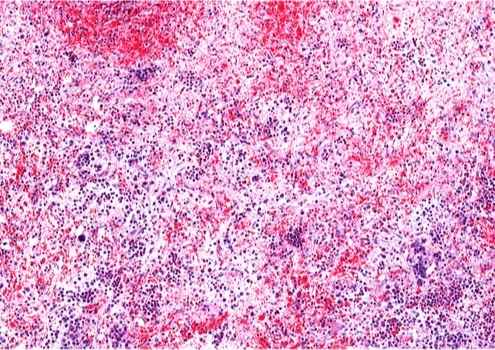 Sierra Oncology today shared positive topline results from its study on the effectiveness of momelotinib to treat patients with myelofibrosis.

The Phase III MOMENTUM trial showed that momelotinib (MMB) was able to meet its primary endpoint by week 24, specifically a total symptom score (TSS) reduction of over 50% compared to the baseline figures. The outcomes were measured using the Myelofibrosis Symptom Assessment Form.

In addition, the drug met key secondary endpoints. It achieved a transfusion independence rate of more than 12 weeks, where those who received the drug were seen with a 31% TI compared to only 20% in the control group.

Momelotinib also demonstrated an over 35% reduction in splenic volume, marked by the splenic response rate (SRR). Participants who received MMB reported a 23% SRR, while those in the other group reported just 3%.

“To achieve statistically significant and clinically important efficacy across all prespecified primary and key secondary endpoints while maintaining platelet counts in such a difficult to treat patient population is remarkable, and a confirmation of the anemia response we identified in the comprehensive review of our previous Phase III studies,” commented Stephen Dilly, MBBS, Ph.D., the president and chief executive officer of Sierra Oncology, in a statement.

The partial MOMENTUM results covered 195 participants across 21 countries. All the patients were asymptomatic and anemic and were previously treated with an approved JAK inhibitor.

“Anemia of myelofibrosis is strongly correlated with reduced quality of life and a decrease in overall survival. Half of all myelofibrosis patients present with anemia at diagnosis and virtually all become anemic over time. With currently approved therapies being myelosuppressive, it’s wonderful to know that we may soon have such an effective treatment option for these patients,” added Ruben Mesa, MD, FACP, co-principal of the study and executive director of the Mays Cancer Center. 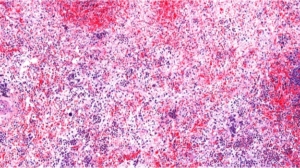 Alongside positive trial results, Sierra Oncology announced that it has partnered with Oxford Finance for a term loan agreement that would support its commercial preparation efforts for momelotinib. The company closed in 2021 with around $104.7 million in cash and cash equivalents on hand.

“Our strong cash position together with the term loan facility with Oxford create great financial optionality for us as we move towards an NDA filing and potential approval of momelotinib,” said Dr. Dilly in a separate statement.

Under the loan terms, while Sierra already got an initial $5 loan, it still has the ability to access as much as $120 million more in tranches. Of this amount, $70 million will be based on certain milestones achieved, including financing help and regulatory approval. Oxford Finance may allow a further $50 million loan later at its discretion.