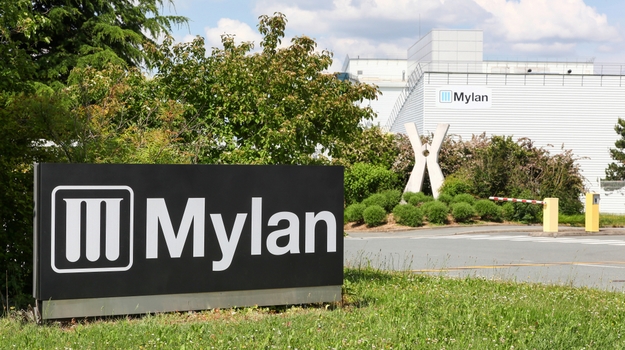 Mylan has come under fire from the U.S. Food and Drug Administration (FDA) over inadequate good manufacturing practices at one of its drug manufacturing facilities in India. An inspection revealed several failures to ensure the medications made on site were free of contaminants, including known carcinogens.

The site in Chodavaram Village, Vizianagaram, Andhra Pradesh, India is part of Mylan’s chain for the manufacture of the company’s blood pressure drugs, angiotensin II receptor blockers (ARBs). ARBs relax blood vessels, which lowers blood pressure and increases the supply of blood and oxygen to the heart. Over the past 18 months, the FDA has recalled ARBs manufactured by multiple companies, including Mylan, due to the presence of known carcinogens such as NDMA and NDEA. ARBS that have been recalled include valsartan, losartan and irbesartan. The Mylan site in India is used to manufacture valsartan. The impurities found in the active pharmaceutical ingredient valsartan is N-nitroso-diethylamine (NDEA), which has been classified as a probable human carcinogen. While it is classified as a carcinogen, NDEA is a substance that occurs naturally in certain foods, drinking water, air pollution and industrial processes.

The FDA warning letter was issued following a May inspection of the facility. In the letter, the FDA raises concerns over “significant deviations from current good manufacturing practices” at the facility. The FDA inspectors found fault with the company’s handling of raw materials that go into the manufacturing of valsartan. The FDA found fault with Mylan for failing to address the contamination concerns that led to the recall of its valsartan products last year. The letter outlines multiple failures, including failure to have adequate written procedures for the receipt, identification and handling of raw materials and failure to adequately clean equipment and utensils.

In its response, Mylan said it is working closely with the FDA to address the issues found in the inspection. The company said it is investigating all potential risks associated with the nitrosamines impurities found in its medications. Mylan said it will provide a “thorough response” to the FDA warning letter, “which will detail existing controls in place at the facility to mitigate any perceived risk of product contamination.” Mylan said its response will be submitted to the FDA within 15 days, the required time period specified by the regulatory agency.

Mylan also said in its response that it detected no nitrosamine impurities following extensive testing of the active pharmaceutical ingredients manufactured and distributed by that site in India. While the letter flagged some of the cleanliness of its manufacturing equipment, Mylan said that an extensive cleaning process and cleaning validation program has been put in place, which is designed to ensure that all the equipment used for manufacturing is cleaned to pre-defined acceptable levels.

While the company is addressing the FDA concerns, Mylan said it does not anticipate any disruption in manufacturing from that facility. No significant commercial impact is expected and no significant launches are planned for Unit 8 in 2020, the company said.