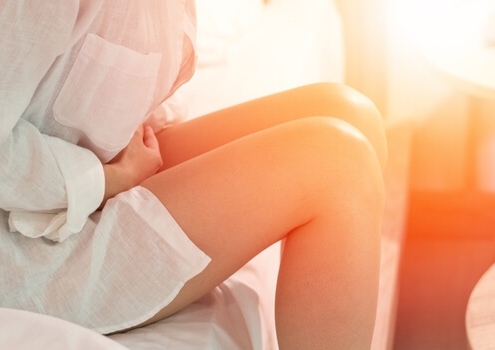 Endometriosis is an inflammatory disease where tissue similar to the uterine lining is found outside the uterine cavity. It is estrogen dependent and results in chronic inflammation and can cause scarring and adhesions. Symptoms include painful periods and chronic pelvic pain, painful ovulation, pain during or after sexual intercourse, heavy bleeding, fatigue, and infertility.

Relugolix is a once-daily, oral gonadotropin-releasing hormone (GnRH) receptor antagonist. It decreases production of ovarian estradiol, a hormone that can stimulate the growth of uterine fibroids and endometriosis, as well as testicular testosterone. The combination therapy is 40 mg of relugolix plus 1.0 mg estradiol and 0.5 mg norethindrone acetate.

“An estimated six million women in the U.S. suffer from symptoms and effects of endometriosis, which can include severe pain and significant impact on well-being, as seen by women who participated in the SPIRIT studies,” said Eric L. Brown, a practicing obstetrician-gynecologist and coordinating investigator in the SPIRIT program.

Brown added, “Women need and deserve treatment options beyond surgery, and these data indicate relugolix combination therapy has the potential to substantially reduce pain while improving function and activities of daily living and decreasing the proportion of women on opioids, all with a well-tolerated safety profile.”

As did the previously announced SPIRIT 2 study, the relugolix combination in SPIRIT 1 hit both co-primary endpoints of clinically meaningful pain reductions for 74.5% of women with menstrual pain and 58.5% of women with non-menstrual pelvic pain, compared to 26.9% and 39.6% of women in the placebo group, respectively. On average, the relugolix combination therapy showed a 73.3% decrease on the 11-point (1 to 10) Numerical Rating Scale for dysmenorrhea from 7.3 (severe pain) to 1.8 (mild pain).

Myovant also announced that its New Drug Application (NDA) for once-daily, oral relugolix (120 mg) for men with advanced prostate cancer was accepted by the U.S. Food and Drug Administration (FDA) for Priority Review.

The submission was based on efficacy and safety data from the Phase III HERO trial which was published in the New England Journal of Medicine at the end of May. The data was also presented at the American Society of Clinical Oncology Virtual Scientific Program. The data expanded on earlier data from the HERO trial, showing the superiority of relugolix to leuprolide acetate across multiple endpoints. Relugolix was also associated with a lower risk of major adverse cardiovascular events compared to leuprolide acetate.

“Cardiovascular disease is the leading cause of death in men with prostate cancer,” said Neal Shore, medical director of the Carolina Urologic Research Center, HERO program steering committee member, presenter of the ASCO data, and lead author on the NEJM paper. “An oral therapeutic option with strong efficacy that also reduces cardiovascular risk compared to that of conventional GnRH agonist therapy would be a critical achievement for men with advanced prostate cancer.”

Juan Camilo Arjona Ferreira, chief medical officer of Myovant, noted today, “Relugolix has now achieved positive results in five Phase III studies across three indications, demonstrating its potential to benefit women with pain from endometriosis and women with heavy menstrual bleeding from uterine fibroids as well as men with advanced prostate cancer. We look forward to sharing the one-year data from the SPIRIT extension study and submitting a New Drug Application to the FDA for this one dose, one pill, once a day potential treatment for women with endometriosis, which would be our third NDA submission in short succession.”