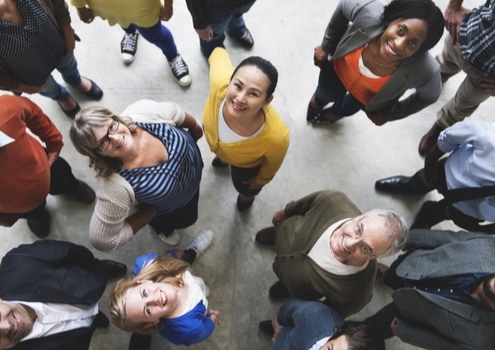 In a first-of-its-kind effort, BIO conducted a survey that attempts to dive into diversity within the pharmaceutical and biotech industry. The survey goes beyond concerns about gender diversity and also examined the representation of people of color within the industry.

The report, “Measuring Diversity in the Biotech Industry: Building an Inclusive Workforce,” showed that representation of people of color stands at 32% overall but drops at the leadership level to 15% of executives and 14% of board members. When it comes to gender diversity, an issue that the industry has had its struggles with, the BIO report shows that companies are approaching parity with 45% representation. However, at the leadership level, that declines to 30% at the executive level and slips even further to 18% at the board level.

The survey is, in part, an answer to a call put forward by outgoing BIO Chief Executive Officer Jim Greenwood who challenged member companies to achieve greater levels of gender diversity on their boards of directors following concerns raised over sexist and misogynistic parties held at the annual BIO convention. In 2018, Greenwood called for member companies to raise female representation at the senior management and leadership level to 50 percent by 2025. He also demanded that board of directors have at least 30 percent female representation.

The newly-released BIO report analyzed data from a survey of nearly 100 BIO member companies that was conducted online from May to June 2019. In its report, BIO said responding companies noted that 80% of their employees and 73% of their leaders demonstrate a commitment to creating an inclusive environment. In addition, about half of the responding companies say that diversity and inclusion is one of their organization’s stated values or priorities, while almost one-third have a stated goal about creating an inclusive environment, BIO said.

Despite that commitment from leadership in creating an inclusive environment, the BIO report shows that it’s still a slow-going process. The survey findings show that “diversity and inclusion programming is still in the nascent stages at most responding companies – with many companies still assessing the benefits of diversity and inclusion programs.”

Joanne Duncan, BIO’s president of Membership and Business Operations Division, said the organization plans to conduct the survey annually as “it works to expand representation at all levels.” Duncan noted that BIO has resources, including its own Diversity and Inclusion toolkit and the BIO Boardlist that can help companies achieve their diversity and inclusion goals.

“These resources can be particularly helpful for smaller companies that don’t have the staffing or resources to dedicate to diversity and inclusion efforts,” Duncan said in a statement.

BIO will continue to publish an annual survey to track industry progress as it works to expand representation at all levels. The survey provides a baseline against which to measure advancements in diversity and inclusion improvements year over year.

“While these numbers show progress in some areas, we know that as an industry, we can do better,” Helen Torley, chair of BIO’s Workforce Development, Diversity and Inclusion Committee and CEO of Halozyme Therapeutics, said in a statement. “What is hopeful about this report is that many BIO member companies express a strong desire to do better – and a commitment to take the needed actions to get there.”

Now that BIO has its diversity baseline, the organization said companies can implement their own diversity and inclusion programs, including leadership training, as well as inclusive behavior training, investment in pay equity, networking opportunities, reviewing hiring/career progress practices and more. In addition, the report recommends that companies pay particular attention to representation at the board level.