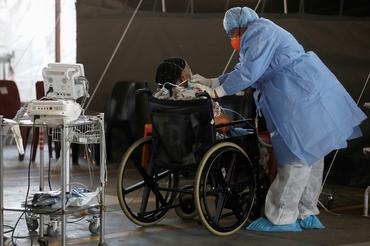 JOHANNESBURG (Reuters) – The new COVID-19 variant identified in South Africa can evade the antibodies that attack it in treatments using blood plasma from previously recovered patients, and may reduce the efficacy of the current line of vaccines, scientists said on Wednesday.

Researchers are racing to establish whether the vaccines currently being rolled out across the globe are effective against the so-called 501Y.V2 variant, identified by South African genomics experts late last year in Nelson Mandela Bay.

“This lineage exhibits complete escape from three classes of therapeutically relevant monoclonal antibodies,” the team of scientists from three South African universities working with the National Institute for Communicable Diseases (NICD) wrote in a paper published in the bioRxiv journal.

“Furthermore, 501Y.V2 shows substantial or complete escape from neutralising antibodies in COVID-19 convalescent plasma,” they wrote, adding that their conclusions “highlight the prospect of reinfection … and may foreshadow reduced efficacy of current spike-based vaccines.” 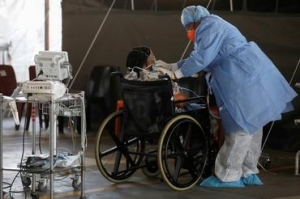 The 501Y.V2 variant is 50% more infectious than previous ones, South African researchers said this week. It has already spread to at least 20 countries since being reported to the World Health Organisation in late December.

It is one of several new variants discovered in recent months, including others first found in England and Brazil.

The variant is the main driver of South Africa’s second wave of COVID-19 infections, which hit a new daily peak above 21,000 cases earlier this month, far above the first wave, before falling to about 12,000 a day.

Convalescent blood plasma from previous patients has not been shown to be effective when administered to severely ill patients requiring intensive care for COVID-19, but it is approved in several countries as an emergency measure.

British scientists and politicians have expressed concern that vaccines currently being deployed or in development could be less effective against the variant.

The paper said it remained to be seen how effective current vaccines were against 501Y.V2, which would only be determined by large-scale clinical trials. But results showed the need for new vaccines to be designed to tackle the evolving threat, it said.