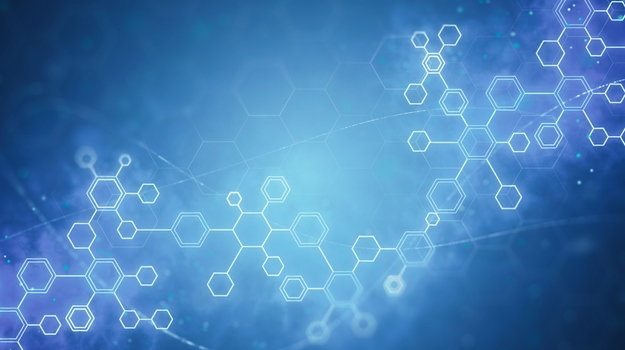 Biomedical engineers at the University of Minnesota conducted a first-of-its-kind study on molecular interactions. By analyzing binding strength, linkage rigidity, and the size of linkage arrays, they evaluated how those three parameters could be “dialed up” or “dialed down” to control how groups of molecules with two or three binding sites interact with each other.

The research was published in the Proceedings of the National Academy of Sciences (PNAS).

“The big advance with this study is that usually researchers use a trial-and-error experimental method in the lab for studying these kinds of molecular interactions, but here we developed a mathematical model where we know the parameters so we can make accurate predictions using a computer,” said Casim Sarkar, an associate professor of bioengineering at the University of Minnesota and senior author of the study.

He added, “This computational model will make research much more efficient and could accelerate the creation of new therapies for many kinds of diseases.”

The investigators emphasize that when interacting molecule chains have only three binding sites each, there are 78 total unique binding configurations. And most of those configurations can’t be observed experimentally.

The mathematical framework they developed allows them to quickly understand how the different configurations are being affected and then “tune them” for various biological and medical applications.

“At a fundamental level, many diseases can be traced to a molecule not binding correctly,” said Wesley Errington, a biomedical engineering postdoctoral researcher and lead author of the study. “By understanding how we can manipulate these ‘dials’ that control molecular behavior, we have developed a new programming language that can be used to predict how molecules will bind.”

The scientists intend to use their computational model to develop a web-based application that can be used by other researchers in work that could speed up the development of new drugs. They tested the model, then confirmed its predictions in laboratory experiments.

“We think we’ve hit on rules that are fundamental to all molecules, such as proteins, DNA, and medicines, and can be scaled up for more complex interactions,” Errington said. “It’s really a molecular signature that we can use to study and to engineer molecular systems. The sky is the limit with this approach.”

Almost a year ago, the importance of computer models, artificial intelligence (AI) and machine learning in molecular structure was underlined by the results of the Critical Assessment of Structure Prediction (CASP) contest hosted by the Protein Structure Prediction Center, sponsored by the U.S. National Institute of General Medicines (NIH/NIGMS).

CASP is a global contest that takes place every two years. Proteins have three-dimensional structure and this structure plays an important role in the function of the proteins. A gene mutation can result in a differently shaped protein molecule, causing it to behave abnormally or not at all. Protein shapes are also dynamic, transitioning between different states.

Every two years, the participants in CASP attempt to predict the 3-D shapes of a specific human protein, usually by using a variety of research methods and mixes of computer programs. In 2019, the winner was DeepMind, the AI laboratory owned by Google/Alphabet.

This is linked to an increased use of AI and various computational approaches to drug development to evaluate protein folding and molecular-molecular interactions.