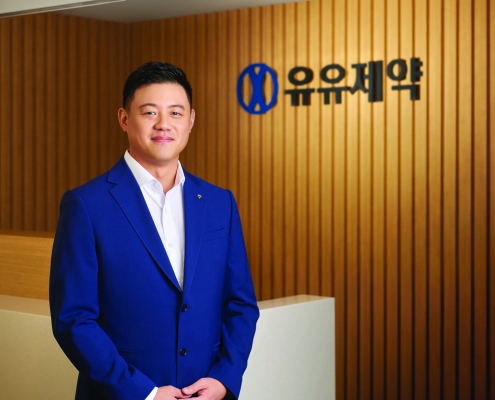 Robert Yu is the grandson of Yuyu’s founder and former chairman, Teukhan Yu, and the son of Yuyu’s current Chairman, Dr. Seungpil Yu. Before joining Yuyu Pharma in 2008, Robert Yu worked at Novartis in 2004 as a sales representative in New York and has been recognized for his sales achievements. He was also a training and sales force effectiveness (SFE) manager at Novartis Korea and Asia-Pacific based out of Singapore.

Prior to business school, he was a forensic consultant at the accounting firm, Arthur Andersen, and he later joined the private client services group at Merrill Lynch in New York as a financial consultant.

“We are pleased with the appointment of Robert Yu as our new president and CEO of Yuyu Pharma,” says Dr. Seungpil Yu. “Yuyu has an outstanding 80-year history. We look forward to Robert’s leadership to carry Yuyu Pharma over the 100-year mark.”