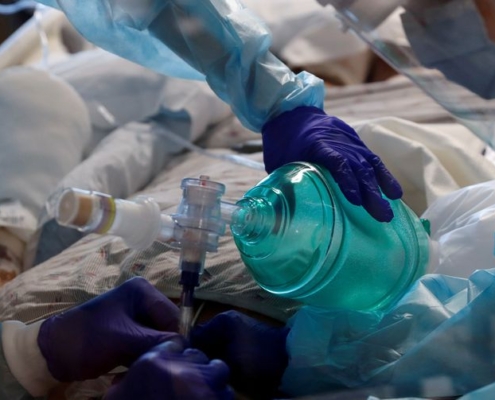 (Reuters) – New cases of COVID-19 in the United States fell 0.4% last week after rising for four weeks in a row, according to a Reuters analysis of state and county data.

Health experts say new cases have plateaued at a high level as more infectious variants of the virus offset progress made in vaccinations. The country logged nearly 70,000 new cases per day in the week ended April 18, compared with 55,000 new cases a day in March and about 30,000 new cases this time last year.

Michigan continued to lead the states, with nearly twice as many new cases per 100,000 people last week as Rhode Island and New Jersey, the states with the next highest rates of infection based on population. (Graphic with state-by-state details)

The average number of COVID-19 patients in hospitals rose 5% to more than 41,000 across the country, increasing for a third week in a row, according to the Reuters analysis. 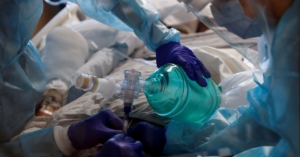 Deaths from COVID-19, which tend to lag infections by several weeks, fell 2.8% last week, excluding a backlog of deaths reported by Oklahoma, according to the Reuters analysis. Including the backlog, reported deaths fell by 27%.

Cumulatively, nearly 568,000 people have died from the coronavirus pandemic, or one in every 576 U.S. residents.

Vaccinations plateaued at 3.1 million shots per day last week, after setting records the previous seven weeks. U.S. health regulators called for a pause in administering the Johnson & Johnson (JNJ.N) vaccine last week due to reports of brain blood clots in six women who received the shot out of some 7 million vaccinated. read more

As of Sunday, 40% of the U.S. population has received at least one dose of a vaccine, and 25% was fully vaccinated, according to the Centers for Disease Control and Prevention. (Graphic on vaccinations)