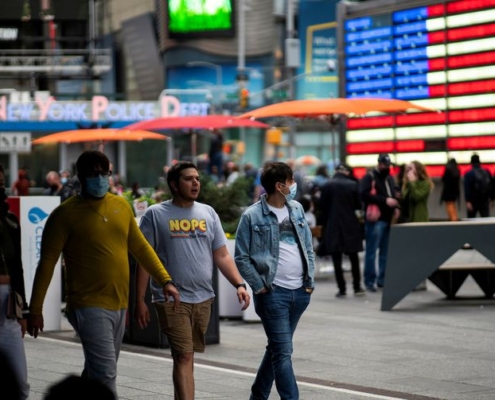 (Reuters) – New cases of COVID-19 in the United States fell for a fourth week in a row, dropping 17% last week to just under 290,000, the lowest weekly total since September, according to a Reuters analysis of state and county data.

More than a third of the country’s population has been fully vaccinated as of Sunday, and 46% has received at least one dose of a COVID-19 vaccine, according to the U.S. Centers for Disease Control and Prevention.

The rate of vaccinations, however, has been slowing for three straight weeks. In the past seven days, an average of 2 million vaccine doses were administered per day, which is down 17% from the previous week and represents the biggest percentage drop reported under the Biden administration. (Graphic on vaccinations)

Only seven out of 50 states reported week-over-week increases in new cases, mostly rising by less than 10%. 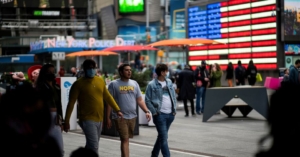 Michigan still led the nation in new cases per capita, though that was down 23% from the previous week, according to the Reuters analysis. New cases also fell in Puerto Rico and Colorado, the areas with the next highest rates of infection based on population.

The lowest rates of infection based on population were in Oklahoma, California and Mississippi.

The average number of COVID-19 patients in hospitals fell 9%, the second weekly drop in a row.