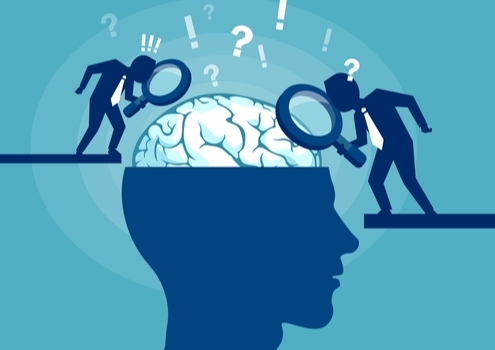 Investigators at the Case Western Reserve University School of Medicine identified a previously unknown gene and the resultant protein that may potentially slow the progress of Alzheimer’s disease. The team has named the protein aggregatin and they believe that if the gene or protein could be suppressed, it could possibly slow the development of the disease.

“Based on the data we have, this protein can be an unrecognized new risk factor for Alzheimer’s disease (AD),” said Xinglong Wang, associate professor of pathology at Case Western. “We also see this as a potential novel therapeutic target for this devastating disease.”

Which is all very early in any development phase. The research team, led by Wang and Xiaofeng Zhu, a professor of Population and Quantitative Health Sciences at Case Western, has filed a patent via the university’s Office of Research and Technology Management for “novel Alzheimer’s disease treatments and diagnosis based on this and related study,” according to Wang. The research was published in the journal Nature Communications.

Alzheimer’s disease is marked by the accumulation of amyloid plaques in the brain. Another abnormal protein, tau, is also associated with the disease, which results in loss of memory and cognition.

The newly identified gene is FAM222A, which the researchers associated with imaging genetics to AD-related regional brain atrophy. The protein, aggregatin, that the gene codes for is mostly expressed in the central nervous system and is increased in the brains of AD patients as well as in an AD mouse model.

Aggregatin accumulates inside amyloid deposits, and with the way it physically interacts with beta-amyloid, helps the accumulation of beta-amyloid.

“This protein characteristically accumulates, or aggregates, within the center of plaque in AD patients, like the yolk of an egg—which is part of the reason we named it ‘aggregatin,’” Wang said.

The research was supported with grants from the National Institutes of Health (NIH) and the Alzheimer’s Association. The Alzheimer’s Disease Neuroimaging Initiative supplied genomic and brain imaging data, which is also supported by the NIH.

The so-called amyloid theory of Alzheimer’s disease has been under fire in recent years. Although it’s clear that an accumulation of amyloid in the brain is related to the disease, dozens of drugs that cleared or prevented amyloid accumulation failed to improve cognitive symptoms of the disease muddied the waters. Currently, the theory has regained at least some support with Biogen’s aducanumab. The drug failed a clinical trial in March 2019, but further analysis of the data at a higher dose suggested it actually worked, and will soon be submitted to the U.S. Food and Drug Administration (FDA), although there is still quite a bit of skepticism among scientists about the effectiveness of the drug.

Perhaps more realistically, many researchers believe that amyloid and tau are only part of the story, and that other factors, some unknown, and others likely related to neuroinflammation, are important.

Although it’s not completely understood how amyloid-beta leads to plaque formation, this new research appears to shed some light on the subject.

“We’re very excited about this because our study is likely the first systematic work combining the identification from a genome-wide association study of high dimensional brain-imaging data and experimental validation so perfectly in Alzheimer’s disease,” Zhu said.

The research team correlated about one million genetic markers with brain images. This allowed them to identify a specific single-nucleotide polymorphism in the FAM222 gene that was associated with patterns of regional brain atrophy. They then injected mouse models with the aggregatin protein, which caused amyloid plaque formation to accelerate in the animals’ brains, causing more neuroinflammation and cognitive problems. When they suppressed the protein, the plaques shrank and neuroinflammation and cognitive impairment lessened.

AstraZeneca Commits to Zero Carbon Emissions by 2025
Scroll to top