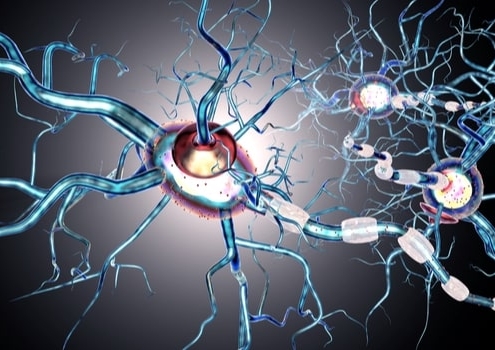 A pro-regenerative cell discovered by researchers at Ohio State and the University of Michigan could open the door to potentially groundbreaking immunotherapeutic treatments for diseases such as ALS and multiple sclerosis (MS).

Animal studies showed that the newly discovered granulocyte not only rescues damaged nerve cells from death, but also partially reverses nerve fiber damage.  It has been successful in promoting repair in the optic nerve and spinal cord in mice, and the clinical implications could be wide-ranging.

The most common type of granulocytes are neutrophils, which help the body fight infection. The novel granulate discovered by this research team looks like an immature neutrophil, and it just happens to possess neuroprotective and neuroregenerative properties.

In ALS, the nerve cells that control voluntary muscle movements are affected, while during an MS attack, the nerves become inflamed due to a damaging immune response.

Dr. Andrew Sas, lead study author and an assistant professor and physician-scientist in the Department of Neurology at Ohio State, believes that this new cell could be broadly translatable across CNS treatment areas.

“We found that this pro-regenerative neutrophil promotes repair in the optic nerve and spinal cord, demonstrating its relevance across CNS compartments and neuronal populations. A human cell line with characteristics of immature neutrophils also exhibited neuro-regenerative capacity, suggesting that our observations might be translatable to the clinic,” Sas said in a statement.

Besides neurodegenerative diseases, there are potential therapeutic possibilities for stroke and crush injury survivors.

As a first test, the researchers injected the immature neutrophils into mice with crush injuries to the optic nerve or lacerated nerve fibers in the spinal cord. Mice injected with these neutrophils grew new nerve fibers, as opposed to those given the more standard mature variety.

“This immune cell subset secretes growth factors that enhance the survival of nerve cells following traumatic injury to the central nervous system. It stimulates severed nerve fibers to regrow in the central nervous system, which is really unprecedented,” Dr. Benjamin Segal, a professor and chair of the Department of Neurology at the Ohio State College of Medicine who is also co-director of the Ohio State Wexner Medical Center’s Neurological Institute, said in a statement.

Segal added: “I treat patients who have permanent neurological deficits, and they have to deal with debilitating symptoms every day. The possibility of reversing those deficits and improving the quality of life of individuals with neurological disorders is very exciting.”

The next step for the team will be to harness the cell and bring it into the lab to further develop its therapeutic effects.