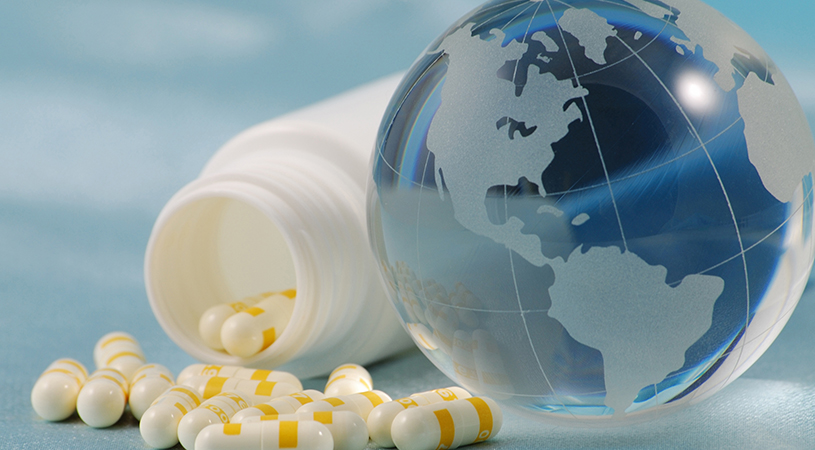 The National Institute for Clinical Excellence (NICE), the UK’s drug watchdog, has finally given its backing for the National Health Service’s (NHS’s) approval of Roche (RHHBY)’s Perjeta (pertuzumab) for the treatment of human epidermal growth factor receptor 2 (HER2)-positive breast cancer.

Three years after its initial approval by both the FDA and the European Medicines Agency (EMA), the HER2-targeting monoclonal antibody is being recommended by NICE for use in combination with Genentech (RHHBY)’s Herceptin (trastuzumab) + docetaxel for the neoadjuvant treatment of HER2-postive breast cancer. Notably, this will be the first new breast cancer drug to be approved by NICE for routine NHS funding in almost a decade.

During the last ten years, the cost of Perjeta has been covered by the recently remodelled Cancer Drugs Fund (CDF). In most Western markets, the combination of Perjeta + Herceptin + docetaxel has become the new standard of care for the first-line treatment of HER2-postive breast cancer. NICE initially declined to support Perjeta’s approval in 2013 for the first-line treatment of metastatic HER2-positive breast cancer, and then declined again in May 2016 for Perjeta’s use in the neoadjuvant setting, based on a lack of proven cost-effectiveness due to the high cost of treatment and lack of data on the long-term patient benefit.

At the time, NICE issued a statement that said due to its combination with Herceptin in the first-line metastatic setting and the resulting increased duration of treatment, Perjeta, even when priced at $0, was not cost-effective enough to necessitate approval.

This refusal has since gained notoriety as an example of the drawbacks of health technology assessment and cost-effectiveness analyses in the assessment of new cancer drugs. NICE’s cost-effectiveness assessment thresholds have been criticised as being archaic and poorly adapted to the challenge of fairly and accurately assessing the benefits of modern cancer therapies.

Despite mounting controversy regarding its decision about Perjeta, NICE continued to resist the drug’s approval, stating that the uncertainties surrounding Perjeta use on long-term, real-world survival meant that the agency could not recommend it as a cost-effective use of state funds. However, with Roche’s new pledge to provide the drug to the NHS at an undisclosed discount for patients in the neoadjuvant setting and to share the long–term financial risks, the two parties have finally come to an agreement

.
Perjeta’s widespread adoption has been based on the results of the Phase III CLEOPATRA study released in 2013, where treatment with the triple combination extended patient progression free survival by more than six months, compared to Herceptin + docetaxel alone (18.5 months versus 12.4 months). Overall survival data also indicated that the triple combination reduced the risk of death by 34% compared to Herceptin + docetaxel alone.

The Phase II NeoSphere trial followed in 2015, demonstrating that Perjeta + Herceptin + docetaxel, when used in the neoadjuvant setting for the treatment of newly diagnosed, operable HER2-postive breast cancer, significantly improved the tumor response with a pathologic complete response (pCR) rate of 39.3% compared to 21.5% in patients treated with Herceptin and docetaxel alone.

With the expiry of Herceptin’s European patent in 2014 and the imminent threat of trastuzumab biosimilars, Perjeta’s future was previously uncertain. However, NICE’s approval of Perjeta ensures its continued availability in the UK and means that Roche can breathe a small sigh of relief.

GlobalData expects that this approval will help to cement Roche’s continued dominance in the highly lucrative HER2-postive breast cancer market. However, Perjeta will remain on the CDF for metastatic breast cancer patients for the near future.

GlobalData is currently anticipating the release of NICE’s formal recommendation of Perjeta, including information on any adjustments to the health technology assessment criteria that the agency has made to back Perjeta’s approval. The difference in reasoning between the current positive judgement and the previous rejections should provide new insight into the mind of the watchdog and their application of the new approval criteria, as well as the new compromises that will be required between NICE and Big Pharma.

Amy Yip, PhD, is an Oncology Analyst at GlobalData London. She provides in-depth scientific analysis of products within the oncology pharmaceutical sector, and constructs market forecast models based on business intelligence. Amy received her PhD in Molecular Medicine and Cancer Research from the Liggins Institute at the University of Auckland NZ, and has conducted independent research in oncogenic growth factor signalling in breast cancers. Prior to joining GlobalData, Amy worked in the pharmaceutical industry.