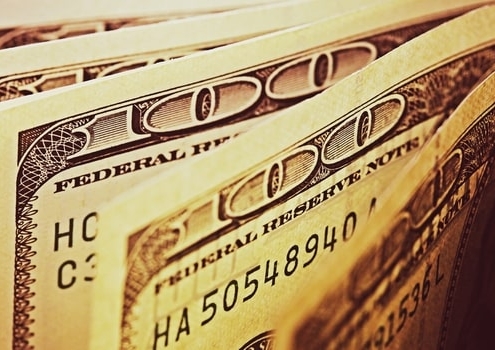 In April, President Trump complained about a National Institute of Health (NIH) grant to the nonprofit research organization EcoHealth Alliance. The grant involved researchers at China’s Wuhan Institute of Virology (WIV). Trump, Trump administration officials and conservative commentators claimed, without evidence, that the novel coronavirus, SARS-CoV-2, which causes COVID-19, originated from the WIV, either intentionally released or by accident.

The NIH shortly thereafter canceled the grant, stating at the time that the grant’s goal, which was to study how coronaviruses in bats transferred to humans did not “align with … agency priorities.”

The NIH has now reinstated the $7.5 million grant. EcoHealth had already developed a partnership with a WIV laboratory in Wuhan, China, under a five-year NIH grant. It was expected to run through 2024 but was canceled in April.

That cancellation was strongly criticized—77 U.S. Nobel laureates and 31 scientific societies wrote to NIH leadership in protest and demanded the agency review the decision.

Earlier this month, the NIH set up a way for the grant to be renewed but created conditions that many believed were impossible to meet. Former NIH Director Harold Varmus told The Wall Street Journal that the demands were “outrageous.”

A letter sent in July by NIH Deputy Director for Extramural Research Michael Lauer to EcoHealth Alliance stated it was reinstating the grant, but also suspending it immediately until the alliance met certain conditions, including providing a sample of the pandemic coronavirus that WIV used to determine the viral genetic sequence; arrange for an outside inspection of WIV and its records “with specific attention to addressing the question of whether WIV staff had SARS-CoV-2 in their possession prior to December 2019”; the alliance had to explain restrictions at WIV including “diminished cell-phone traffic in October 2019, and the evidence that there may have been roadblocks surrounding the facility from October 14-19, 2019”; and it must “provide the NIH with WIV’s responses to the 2018 Department of State cables regarding safety concerns.”

The EcoHealth Alliance said in a statement at the time that “NIH’s letter cynically reinstates and instantly suspends the EcoHealth Alliance’s funding, then attempts to impose impossible and irrelevant conditions that will effectively block us from continuing this critical work.”

“If I was a scientist wanting to pursue the agenda that NIH laid out, I would join the CIA,” said Richard Roberts, chief scientific officer at New England Biolabs, a research supply company. “It is totally outrageous when political considerations steamroller over science.” Robert organized the letter signed by him and 76 other Nobel laureates.

As STAT writes, “The suggestion that EcoHealth’s work no longer fit NIH priorities appears to be at a minimum ironic, given that at the time its award was canceled, the group was in an evaluation process for the grant announced Thursday. Research teams and institutes that wanted to be considered for part of a new network—called the Centers for Research in Emerging Infectious Diseases or CREID—had to apply in the spring of 2019.”

EcoHealth had been selected as one of 11 groups to receive funding for research on how and where viruses and other diseases emerge from nature to infect people. EcoHealth’s part of the $82 million grant will focus on Southeast Asia and coronaviruses, as well as filoviruses, the family of viruses that cause Ebola, and paramyxoviruses, the type that include measles and mumps.

In a statement, Anthony Fauci, director of the National Institute of Allergies and Infectious Diseases, part of the NIH, noted, “The CREID network will enable early warnings of emerging diseases wherever they occur, which will be critical to rapid responses.”

The Scripps Research Institute in La Jolla, California, also received a grant and will focus on West Africa. Kristian Anderson, an immunologist at Scripps, said, “By improving our knowledge of how new and old pathogens emerge—while building out our capacity for detecting them rapidly—we’re going to be in a much better place.”

The University of Texas Medical Branch in Galveston was also selected. Nikos Vasilakis, of the group, will be the principal investigator and will focus on arborviruses, which are spread by mosquitoes or other insects, in Central and South America.