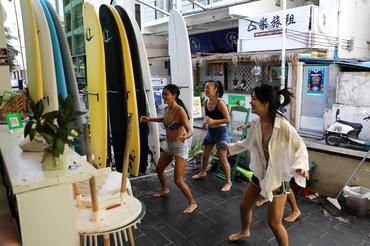 LONDON (Reuters) – When it comes to matters of heart health, no amount of exercise is too much, scientists said on Tuesday in research that debunks the myth that high levels of vigorous physical activity might not always be beneficial.

The research found “every move counts” towards improving cardiovascular health, the scientists said, with the lowest risk for heart disease seen in people who exercised the most.

Cardiovascular disease is the leading world’s number one cause of death – killing almost 18 million people a year globally, according to the World Health Organization (WHO).

This research, which involved more than 90,000 people studied over a five-year period, found that those in the top 25% of people who engaged in vigorous-intensity activity had an average reduction in risk heart disease of between 54% and 63%.

For those in the top quarter of all types of exercise – covering activity from moderate to vigorous – the average heart disease risk reduction was between 48% to 57%. 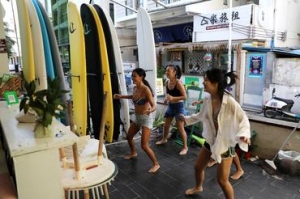 “This debunks the myth that there is a peak beyond which you should not do more exercise,” said Rema Ramakrishnan, a biostatistician and epidemiologist at Oxford University who co-led the study. “There is no limit to what you can do in terms of physical activity (to improve heart health).”

Aiden Doherty, an Oxford professor who worked with Ramakrishnan, said the study’s results were a robust endorsement for WHO advice that people should aim to do at least 150 to 300 minutes of moderate to vigorous aerobic exercise a week.

“This is the largest ever study of device-measured physical activity and cardiovascular disease,” he said. It shows that “physical activity is probably even more important … than we previously thought.”

The study, published in the journal PLOS Medicine, used wrist-worn activity tracking devices known as accelerometers to accurately record the activity of more than 90,000 participants.

The researchers said the results were similar for men and women, although the benefits of vigorous exercise appeared to be particularly strong for women.

And while people who exercised more were also more likely to not smoke, to have a healthy weight and a moderate alcohol intake, the researchers said they adjusted for these factors and still found a strong link between higher levels of exercise and lower rates heart disease.