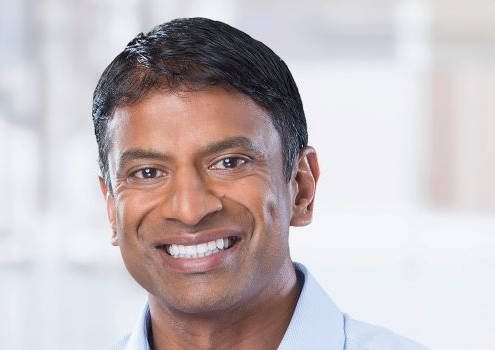 As Novartis explores the possible sell-off of its Sandoz business, the company is undergoing a significant transformation that it says will save about $1 billion in operations costs by 2024. The selloff also includes the ousting of several top executives, including Susanne Schaffert, the head of Novartis Oncology.

The Swiss pharma giant will integrate its oncology and pharmaceuticals business into what it has dubbed an innovative medicines business. Also, the company said it will have separate business organizations for its U.S. operations, as well as its international business. In its announcement this morning, Novartis said the simplified structure and operational setup will support the company’s strategy as a “focused medicines company, and is designed to power next phase of innovation, growth and productivity.” Novartis said this new model will allow it to bring “increased focus and commitment” to the company’s core therapeutic areas of Cardiovascular, Hematology, Solid Tumors, Immunology and Neuroscience. Novartis added that the creation of a solely-focused U.S. business will enable the company to achieve its goal of becoming a top-five U.S. company in terms of sales while expanding its leadership position internationally.

Chief Executive Officer Vas Narasimhan said the new organizational model is central to the company’s growth strategy through the bolstering of its R&D pipeline. He said it will make the company more agile and competitive, while also enhancing patient and customer orientation.

“With our portfolio of in-market medicines and up to 20 major pipeline assets that could be approved by 2026, Novartis is in a strong position to deliver above-peer-median sales and margin growth in the mid- and long-term,” Narasimhan said in a statement.

In addition to Schaffert, two other high-level executives are leaving the company: Robert Weltevreden, president of customer & technology solutions, and John Tsai, president of global drug development and chief medical officer. Tsai will leave Novartis next month, the company noted. Narasimhan touted the contributions these executives made to the success of Novartis over the past several years.

“I wish them the very best in their future endeavors,” he said.

With the departure of those executives, Novartis is also bringing in some new C-suite leadership team members, including Shreeram Aradhye, who will take over for Tsai as CMO. Aradhye most recently served as CMO at Dicerna Pharmaceuticals, which was acquired by Novo Nordisk last year for $3.3 billion. Prior to that two-year stint with Dicerna, he spent seven years with Novartis in various leadership roles. He also served as the chief development officer at Axcella Health.

Following that approval, Novartis and Alnylam bolstered their success through an RNA-based collaboration to develop a therapeutic designed to promote the regrowth of functional liver cells and to provide an alternative to transplantation for patients with liver failure. If successful, it could revolutionize the treatment for end-stage liver disease (ESLD). At this point, liver transplantation is the only treatment for ESLD.

While the company only announced changes to the c-suite level, it is likely that other layoffs could come, although none have yet been announced.