ZURICH (Reuters) – Swiss drugmaker Novartis on Friday won a key European recommendation for its gene therapy Zolgensma against spinal muscular atrophy (SMA), clearing a hurdle for $2.1 million per patient treatment for approval in Europe within months. 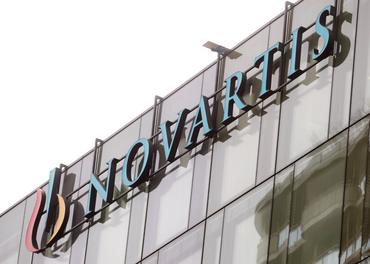 FILE PHOTO: The company’s logo is seen at a building of Swiss drugmaker Novartis in Rotkreuz, Switzerland, January 29, 2020. REUTERS/Arnd Wiegmann

The European Medicines Agency’s (EMA) Committee for Human Medicines (CHMP) recommended conditional approval for Zolgensma for certain patients: those with Type 1 SMA, the severest form of the disease, or for SMA patients with up to three copies of the so-called SMN2 gene, an indicator of the disease’s severity.

The EMA’s conditional approval is meant to speed up access to medicines for unmet needs, based on less-complete data than normally expected.

Typically the European Commission approves medicines for use shortly after a CHMP recommendation, and Novartis is expecting a decision by June. The medicine, the world’s costliest one-time treatment at its U.S. list price, has already been approved in the United States and Japan.

Novartis is counting on the gene therapy becoming a billion-dollar-per-year seller. Zolgensma is the second treatment for SMA to be approved after Biogen’s Spinraza three years ago. Roche is expecting its oral drug risdiplam to win U.S. regulators’ blessing in May.