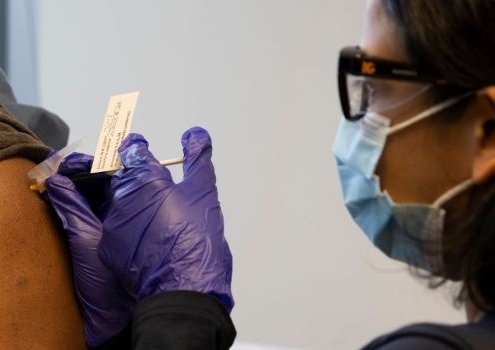 Something of the dark horse in the race to get a COVID-19 vaccine out to the public, Novavax announced a Memorandum of Understanding (MOU) with Gavi, the Vaccine Alliance, to provide 1.1 billion doses of NVX-CoV2373, its COVID-19 vaccine candidate, for the COVAX Facility. The vaccine will be manufactured and distributed around the world by Novavax and Serum Institute of India (SII). SII has an existing deal with Gavi.

Currently, the vaccine is being evaluated in two ongoing pivotal Phase III trials in the U.S. and Mexico, as well as the U.K. On January 28, the company reported positive interim data from the U.K. trial.

Novavax is located in Gaithersburg, Maryland. Its vaccine is a made up of a stable, prefusion protein manufactured using the company’s proprietary nanoparticle technology and its proprietary Matrix-M adjuvant.

“A primary benefit of our adjuvanted platform is that it uses a very small amount of antigen, enabling the rapid creation and large-scale production of combination vaccine candidates that could potentially address multiple circulating strains of COVID-19,” said Gregory M. Glenn, president of Research and Development at Novavax.

The deal with will support work by Gavi, the Coalition for Epidemic Preparedness Innovations and the World Health Organization (WHO). At this time, Gavi and Novavax are still in negotiations to finalize the purchase agreement. Gavi’s chief executive officer, Seth Berkley, stated that the deal “brings the COVAX Facility one step closer to its goal of supplying vaccines globally and ending the acute phase of the pandemic.”

Gavi’s goal it to distribute 2 billion doses of COVID-19 vaccines this year.

As part of this effort, Novavax licensed its technology to SII “with no upfront, milestone or technology transfer payments.”

Under the deal with COVAX, Novavax plans to offer doses for high-income markets, while SII will manufacture the vaccine for other countries.

Although largely off the radar for the general public, at least one analyst, Josh Schimmer with Evercore ISI, believes that the Novavax vaccine is the “vaccine to beat,” with it showing “strong potency and unique tolerability.”

In addition to this new deal, Novavax has a $1.6 billion deal with the U.S. government to provide 100 million doses of its vaccine. At this time, Novavax has not submitted materials to the U.S. Food and Drug Administration (FDA) for emergency use authorization (EUA), because the U.S.-based clinical trials are still ongoing. It has begun a rolling submission for authorization in the UK. 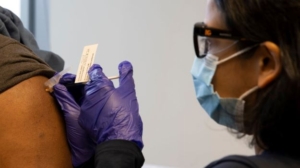 A patient receives a dose of the Novavax vaccine in Seattle, WA. (Karen Ducey/Getty Images)

COVAX is the vaccines pillar of the Access to COVID-19 Tools (ACT) Accelerator. This is co-led by the Coalition for Epidemic Preparedness Innovations (CEPI), Gavi and the WHO. CEPI has supported Novavax, including a commitment of about $400 million to advance early clinical development and manufacturing scale-up at facilities around the world. Novavax has developed a global supply network to ensure equitable and adequate supply of its vaccine around the globe.

“With this MOU in place, the vaccine candidate developed by our partners at Novavax is poised to play a significant role in combatting COVID-19 around the world,” said Richard Hatchett, chief executive officer of CEPI. “CEPI’s investment in this vaccine have been pivotal to enabling equitable access to a significant volume of this vaccine through COVAX.”