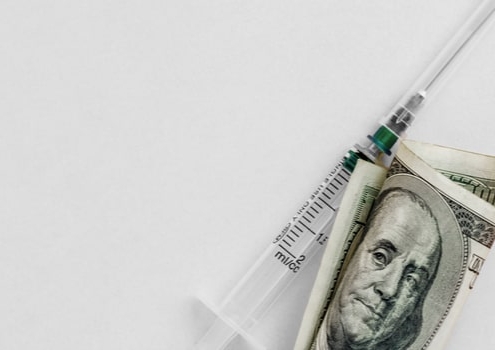 With rising numbers of COVID-19 infections and as the fight against the novel coronavirus continues, Novavax received $1.6 billion in federal funding to support the clinical development of the company’s vaccine candidate, NVX‑CoV2373.

Gaithersburg, Md.-based Novavax said the funding will allow the company to participate in Operation Warp Speed, the government’s program that has a goal of supporting the development of hundreds of millions of vaccine doses by 2021. The funding granted to Novavax will support the late-stage clinical development of the vaccine candidate, including a pivotal Phase III study. Additionally, the funds will be used to establish large-scale manufacturing in order to deliver 100 million doses of NVX‑CoV2373 by the end of the year.

Stanley C. Erck, president and chief executive officer of Novavax, said the company was honored to partner with Operation Warp Speed, a program that is supporting multiple shots on goal against COVID-19 by backing multiple vaccine projects, including Moderna’s mRNA program and AstraZeneca’s vaccine candidate.

“The pandemic has caused an unprecedented public health crisis, making it more important than ever that industry, government and funding entities join forces to defeat the novel coronavirus together. We are grateful to the U.S. government for its confidence in our technology platform, and are working tirelessly to develop and produce a vaccine for this global health crisis,” Erck said in a statement.

In April, Novavax identified its vaccine candidate for COVID-19, NVX-CoV2373. The vaccine candidate has been developed from Novavax’ proprietary nanoparticle technology and includes the company’s proprietary Matrix-M adjuvant in order to enhance immune responses and stimulate high levels of neutralizing antibodies. NVX‑CoV2373 consists of a stable, prefusion protein made using its proprietary nanoparticle technology and includes Novavax’ proprietary Matrix‑M adjuvant.

In preclinical trials, NVX‑CoV2373 demonstrated the indication of antibodies that block the binding of spike protein to receptors targeted by the virus, a critical aspect for effective vaccine protection. The company initiated a Phase I/II trial in May, with preliminary immunogenicity and safety results expected at the end of July. The Phase II portion of the trial, which will assess immunity, safety, and COVID-19 disease reduction is expected to begin thereafter. The $1.6 billion agreement with the U.S. government will fund the late-stage clinical studies necessary to determine the safety and efficacy of NVX-CoV2373, including a pivotal Phase III clinical trial with up to 30,000 subjects beginning in the fall of 2020.

The Phase I/II clinical trial is being supported by an up-to $388 million funding arrangement with the Coalition for Epidemic Preparedness Innovations (CEPI). The company’s vaccine development program also received $60 million from the U.S. Department of Defense.

U.S. Health and Human Services Secretary Alex Azar said including Novavax’s vaccine candidate to Operation Warp Speed increases the odds of having a safe and effective vaccine by the end of 2020.

The Operation Warp Speed agreement also allows for a follow-on agreement with the U.S. government for additional production of the vaccine candidate for U.S. stockpiles. This latest federal funding supports Novavax plans to file submissions for licensure with the U.S. Food and Drug Administration.