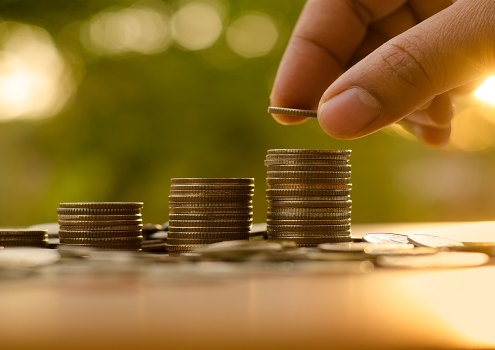 Nurix focuses on developing therapies that modulate protein levels via small molecule drugs that target E3 ligases. This involves a range of immune-mediated diseases and hematologic cancers, including immuno-oncology therapies.

It expects to use the funds to advance its wholly-owned development candidates into the clinic. The leading pipeline product is an oral BTK chimeric targeting molecule (CTM) for B-cell cancers. Nurix says it expects to file an Investigational New Drug (IND) application with the U.S. Food and Drug Administration (FDA) by the end of the year.

“With the funds raised in this financing, Nurix is well positioned to bring its targeted protein modulation therapeutics into the clinic,” said Arthur Sands, chief executive officer of Nurix. “We will also continue to use our powerful DELigase platform to discover new therapies aimed at previously undruggable targets of high therapeutic potential.”

In addition to the pipeline products it has developed itself, Nurix recently inked two strategic collaborations with Sanofi and Gilead Sciences to develop novel protein degradation therapies in a range of therapeutic areas.

The Sanofi partnership was announced on January 9. The multi-year collaboration will leverage the DELigase platform to create molecules that induce degradation of three specified drug targets. Sanofi has an option to expand the deal to a total of five targets. Sanofi will have exclusive rights and handle clinical development and commercialization of any compounds that come out of the research. Nurix will retain the option to co-develop and co-promote up to two products in the U.S. under specific conditions.

Under that deal, Sanofi paid Nurix $55 million up front with subsequent payments on expansion of the targets. Nurix will be eligible for up to $2.5 billion in various milestones, as well as royalties on net sales outside the U.S.

The Gilead collaboration was announced June 19, 2019. They are also working on developing targeted protein degradation drugs for cancer and other diseases. Under that deal, Nurix will use its platform to identify drugs that utilize E3 ligases to induce degradation of specified drug targets. Gilead has an option to license drug candidates for up to five targets. Nurix will hold the option to co-develop and co-detail up to two programs in the U.S.

Under this deal, Gilead paid Nurix $45 million up front and is eligible for up to $2.3 billion in milestone payments in addition to low double-digit tiered royalties on net sales.

In total, those two deals involved $100 million in upfront payments and the potential for more than $4.5 billion in milestones with potential royalties on top of all that.

Of today’s financing, Michael Rome, partner at Foresite, said, “Nurix’s CTM and DELigase platform technologies have led to the discovery of novel BTK degrades with the potential to transform the treatment landscape for hematological indications. Their differentiated platform and novel approach have resulted in strategic corporate partnership and we believe position the company as a leader in the emerging protein modulation field.”