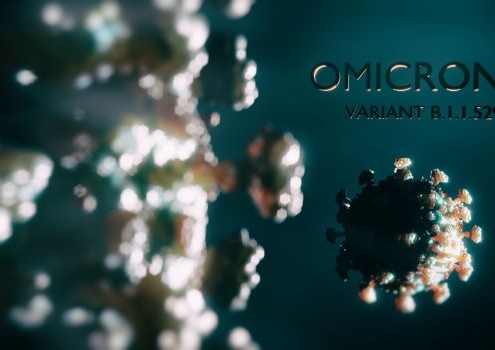 Omicron Continues to Cause Confusion about Vaccine Response and Origins

It has been a year since the U.S. Food and Drug Administration (FDA) authorized Pfizer and BioNTech’s COVID-19 vaccine, the first of three approved in the U.S. The other two are Moderna and Johnson & Johnson. Since then, more than 480 million of the Pfizer-BioNTech vaccines have been administered in the U.S., and only slightly more than 60% of eligible Americans are fully vaccinated. COVID-19 cases continue to rise, mainly in the unvaccinated, and 99% of the cases are from the Delta variant, not the new Omicron variant. The rise seems to be associated with Thanksgiving, which increased travel and indoor gatherings. This has raised concerns over the upcoming Christmas and New Year’s holidays.

A small study out of Israel found that the Pfizer-BioNTech vaccine booster was effective against the Omicron variant. Researchers at the Sheba Medical Center and the Israeli Health ministry evaluated blood of 20 hospital employees who had received a third booster shot a month earlier and 20 who had not yet received the booster but were five or six months post-second shot. The people who received the booster were more likely to neutralize Omicron than the two-shot regimen. People with just the two-shot regimen appear to be protected from severe disease or hospitalization.

Similarly, a study out of the University of Oxford found that two shots of the Pfizer-BioNTech vaccine or the AstraZeneca-Oxford vaccine were ineffective at preventing infection with Omicron as they were against previous variants. As in the Israeli study, U.K. researchers believe boosters improve immunity. This study evaluated blood samples from people 28 days after their second shot of either vaccine. In some of the blood samples, the vaccine didn’t seem to neutralize Omicron at all.

“This will likely lead to increased breakthrough infections in previously infected or double vaccinated individuals, which could drive a further wave of infection, although there is currently no evidence of increased potential to cause severe disease, hospitalization or death,” the U.K. study authors wrote.

On the other hand, in laboratory experiments in South Africa, the Pfizer-BioNTech vaccine demonstrated only 22.5% efficacy against symptomatic infection of the Omicron variant. This was a small study on blood plasma samples from 12 participants.

However, data continue to suggest that although the Omicron variant is more infectious and more likely to evade immunity, it appears to be associated with less severe illness. Anecdotally, South African physician Dr. Unben Pillay said that although he sees dozens of sick patients each day, none of them required hospitalizations. That also includes older patients who are generally at higher risk of severe disease. This is also being reported by other physicians in South Africa, although they warn that it would take several more weeks of data collection to be sure.

Meanwhile, researchers are puzzled about the origins of Omicron. It carries 60 mutations compared to the original wild-type Wuhan strains. Three origin theories have emerged: from an immunocompromised patient; from reverse zoonosis, meaning human-to-animal transmission then from animals back to humans; or from a COVID-19 patient treated with Merck’s antiviral drug molnupiravir. 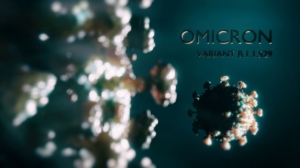 The World Health Organization (WHO) noted that there are two pandemics: COVID-19 and COVID-19 misinformation. The rise of the Omicron variant and lack of solid information about the variant is fueling misinformation.

Novavax Files for Emergency Use in the United Arab Emirates

Gaithersburg, Md.-based Novavax has submitted its COVID-19 vaccine for emergency use in the United Arab Emirates (UAE). The vaccine is a recombinant nanoparticle protein-based COVID-19 vaccine with Matrix-M adjuvant. The filing includes data from two Phase III trials. The first, PREVENT-19, tested 30,000 people in the U.S. and Mexico and demonstrated 100% protection against moderate and severe disease, 93.2% against the predominant variants of concern and variants of interest, and 90.4% efficacy overall. The second was a trial of 15,000 people in the U.K., which showed 96.4% efficacy against the wild-type Wuhan strain, 86.3% against the Alpha variant, and 89.7% efficacy overall. Novavax and the Serum Institute of India have received emergency use authorization (EUA) in Indonesia and the Philippines, an Emergency Use Listing (EUL) with the WHO, and have filed in numerous other countries, including Europe, Canada, and Australia.

COVID-19-Related Heart Damage Could Last Up to One Year

A study in 66 COVID-19 patients points to potential heart damage a year after recovery in patients who continue to have shortness of breath during physical activity. The research came out of the University Hospital in Brussels, Belgium, in 66 patients who had no previous heart or lung disease but were hospitalized for COVID-19 in March and April of 2020. The average age was 50, and 67% were men. They found 23 patients had shortness of breath during spirometry, and cardiac ultrasound suggested they were more likely to have abnormal heart function.